George Ezra is the latest big name to be heading to this year’s ARIA Awards, with the English musician being confirmed today.

Over the last few days, we’ve slowly been receiving more and more info about the amazing musicians who will be appearing at this year’s ARIA Awards.

With just under a week to go until this year’s ceremony, we’ve seen the likes of Rita Ora, Troye Sivan, 5 Seconds Of Summer, and Amy Shark confirmed to appear.

Now, George Ezra is the latest big-name to be added to the list.

Having spent quite a bit of time atop the charts thanks to his single ‘Shotgun’, the 25-year-old shared his excitement regarding his upcoming performance.

“I’m very honoured and flattered to be invited to return to Australia to play the 2018 ARIA Awards with Apple Music,” he explained. “I’ve been preparing a very special performance of ‘Shotgun’ for you guys, and I’m so excited to share it with you. Hopefully, I will see you all there!”

Likewise, ARIA Chief Executive Dan Rosen echoed this excitement. “Off the back of his smash hit ‘Shotgun’, that spent 5 weeks at #1 on the ARIA Charts, we are thrilled to welcome George Ezra to Sydney to join us in celebrating the 2018 ARIAs with a very special performance,” he explained.

Today’s announcement also sees the list of presenters at this year’s ceremony named as well, with the likes of Briggs, Gang Of Youths’ Dave Le’aupepe, Jimmy Barnes, Jessica Mauboy, and much more confirmed to be handing out the awards on the night. 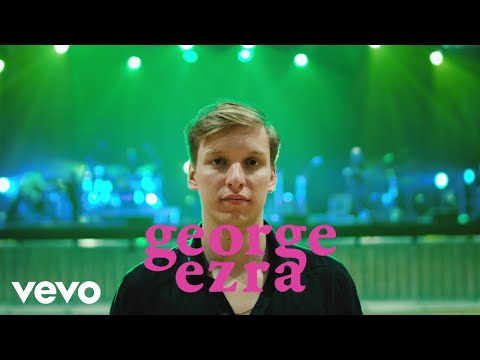