French icons the Gipsy Kings have come to an agreement with former member Andre Reyes in regards to the promotion of his upcoming Aussie tour.

For over 40 years, the Gipsy Kings have been one of the finest purveyors of flamenco music, served up in such a way that it has not only infiltrated the mainstream, but made the group household names.

Over the years however, the group’s lineup has fluctuated, though it has predominantly consisted of members of the founding Reyes and Baliardo families.

Now, Aussie promoters have been dragged into a rather interesting debacle over a former member’s use of the name.

Next month, founding member of the Gipsy Kings, Andre Reyes, is set to touch down in Australia for a handful of tour dates.

These shows, which were billed as ‘The Gipsy Kings by Andre Reyes’, soon caught the eye of the band, noting that fans could get the wrong idea about the show, considering that Reyes left the band five years ago.

“A cease and desist notice was issued against the Australian promoter by attorneys acting for the Gipsy Kings featuring Nicolas Reyes and Tonino Balliardo, as well as the ticket agencies selling the shows,” a statement released today explained.

“The major concern was that fans of the Gipsy Kings will be disappointed when they attend the Andre Reyes’ concerts coming in May and find the artists singing the lead vocals and playing lead guitar are NOT the ones who have toured Australia a number of times and sing lead and play lead guitar on the Gipsy Kings recordings.”

While Andre Reyes left the group back in 2014, he is listed as a former member on sites such as Wikipedia, though the very same page also infers he still performs in the group.

“An agreement has now been made that the billing for the performance will be ‘Andre Reyes formerly of The Gipsy Kings’ and all ticketholders will be advised.”

Of course, it isn’t uncommon for artists to reference their former bands in order to not only drum up publicity for their tour, but to also remind longtime fans of just who was behind some of their favourite songs.

However, the main issue in this instance was that it was not made clear enough that Andre Reyes is no longer a member of the group, and could therefore mislead potential ticket buyers if not properly addressed.

While the current members of Gipsy Kings have not toured Australia since 2015, Nicolas Reyes and Tonino Balliardo have assured fans that they will return to the country at some point in the near future.

Check out the Gipsy Kings’ ‘Bamboléo’: 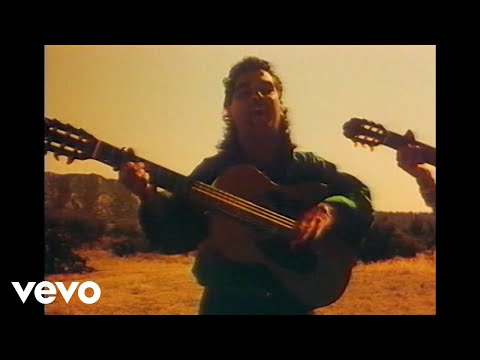