Song lyrics are a hot button issue right now, with Google defending the methods it uses to source them, while Pandora has been hit with a copyright lawsuit over its lyrical inclusions.

On Monday, the music world was taken aback somewhat by news that lyric annotation site Genius had accused Google of stealing lyrics from their service.

Genius claimed that the lyrics shown in Google’s Lyrics OneBox were actually lifted from their site – a claim they say they can prove thanks to a nifty inclusion of morse code.

However, while Google denied these claims, stating that their lyrics are “licensed from a variety of sources and are not scraped from sites on the web”, the site has now issued a further statement explaining ow exactly they find the lyrics to display in their searches.

In a blog post simply titled “How we help you find lyrics in Google Search“, Google explains that while they get lyrics from third-parties at times, they will soon be crediting the source of these lyrics soon.

Lyrics can appear in information boxes and on Knowledge Panels in Search when you’re looking for songs or lyrics. While we do this to help you find that information quickly, we also ensure that the songwriters are paid for their creative work. To do that, we pay music publishers for the right to display lyrics, since they manage the rights to these lyrics on behalf of the songwriters.

“Here’s something you might not know: music publishers often don’t have digital copies of the lyrics text,” Google explains. “In these cases, we—like music streaming services and other companies—license the lyrics text from third parties.

“We do not crawl or scrape websites to source these lyrics. The lyrics that you see in information boxes on Search come directly from lyrics content providers, and they are updated automatically as we receive new lyrics and corrections on a regular basis.

“To help make it clearer where the lyrics come from, we’ll soon include attribution to the third party providing the digital lyrics text. We will continue to take an approach that respects and compensates rights-holders, and ensures that music publishers and songwriters are paid for their work.”

Check out ‘I Like It, I Love It’ Lyrics Born: 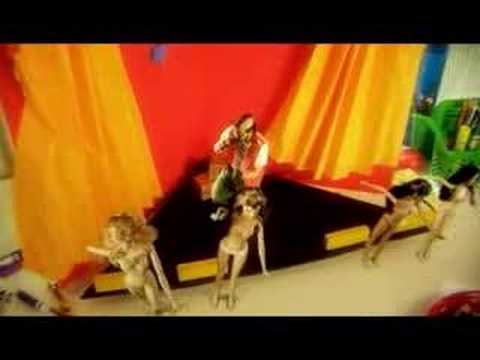 As it turns out though, this isn’t the only lyrical controversy to arise this week, with US streaming service Pandora reportedly being sued for displaying lyrics without authorisation.

As The Verge notes, Pandora – who departed Australia back in 2017 – is known to share lyrics for its songs. In order to ensure accuracy, Pandora uses licensing companies such as LyricFind to do so, however music publisher Wixen claims that their clients’ works are not included in such an agreement.

“Pandora may claim that it had obtained licenses to display the lyrics to the Musical Compositions from one or more sources, including an entity called LyricFind, the self-proclaimed ‘largest lyric licensing service’ in the world, which claims that it ‘has licensing from over 4,000 music publishers, including all majors’,” the lawsuit states.

“However, as Pandora knows, and has known, LyricFind did not have the authority to grant licenses to Pandora for the display of any of the lyrics to the Musical Compositions on its service. 6.

Wixen – who represent artists like Tom Petty, Weezer, The Doors, and Rage Against The Machine – have previously taken Spotify to court over mechanical licenses in the past, suing the company for $1.6 billion back in January of 2018, with the matter ultimately being settled for an undisclosed amount.

Note: This article has been updated to clarify the details of Wixen’s 2018 lawsuit against Spotify.

Check out ‘Lyrics To Go’ by A Tribe Called Quest: