Greg Gould: “I was told by my former label not to be ‘too gay'”

To shine a light on all the incredible LGBTQI executives and creatives in our industry, TIO has teamed up with Wonder founder Matt Emsell (5SOS, Matt Corby) to launch an... Below is our Q&A with Sydney-based artist Greg Gould, who after being told his sexuality was “career suicide”, embraced it instead and has become a provocative vocal force in pop music.

I’ve been quite vocal about supporting marriage equality since I came out two years ago. The most important “why” I believe is the equal message and the change we can send to future generations. I don’t want my community to have to continue to struggle and feel as we do today, and I want less suicides as a result.

I remember growing up thinking there was definitely something wrong with me because – two men don’t marry, only a man and a woman and I thought, I’m not normal – I was petrified. Six to one youth suicides are from the LGBTQI community. That’s crazy; we must change those figures, and I believe including same sex couples in marriage sends the message loudly that love is in fact love and you can love whoever your heart chooses. It takes the right to discriminate away from those who still unfortunately choose to.

You mean the survey? Pffft. Stupid, hurtful and unfair. I’m 29 and I have never had to do a survey like this before – why should this be any different. It should have just been changed at the top – no ifs, buts or maybes. We are talking about Australians who don’t have the same rights – it’s not something to vote on – it’s something someone with half a brain should be saying, “oh wait this isn’t right, it must change”, and get it done.

How does anyone have the right to vote on whether a person from the LGBTQI community should have the right to marry the person they love? It only effects the people who want to be included. I believe a NO Vote is a vote to discriminate – and in what world is that okay?

Tell us about your experience of being LGBTQ in the Australian music industry.

I’ve been told everything from “coming out is career suicide” to being told by my former label not to be “too gay” and that a photo of me and my mate (who happened to be gay) drinking champagne on Instagram was the reason I wasn’t booking gigs – ha! The moment I went independent and started to do things, make music that was natural and authentic, people started to really listen.

Times are changing – being true to yourself is in! News flash – some people are gay – get over it! I’m pretty proud of where I’m at today and not just musically but personally – my whole world has changed – it’s like walking with a new set of feet.

I love that I was born gay, I also love to sing, I love to write and if there comes a time where even only 10 people wanna listen – I’ll continue to make music. Music that’s honest and from my heart. Last I heard Gay wasn’t a music genre. My name isn’t Gay Greg, I don’t drive a gay car and I don’t make gay music. I’m Greg, I walk everywhere (because I live in the city hehe) and I make MUSIC!

Well I hope they never feel what I felt and I really think that it’s getting easier. I did Australian Idol in 2004 and they asked me at my first audition if I was gay. I left the show feeling disillusioned and heartbroken after being told I would need to come out of the closet if I was to proceed on the show. I was only 16 and hadn’t dealt with my sexuality yet. When I asked to remain label free, I was told, “c’mon, label free means gay”.

This derailed me more than any other bump in the road in my life. I stopped singing completely for four years and gained close to 50kgs. Luckily my dreams were too strong for me and at 21, I turned it all around.

I’m hopeful this wouldn’t happen today and I hope more artists can be true to themselves and create examples of strong, proud artists that make real music and inspire young people to be themselves and that they can be successful.

Bottom line – If you work hard, stay true to yourself, you can make your mark on the world and you can live the dream you dream. 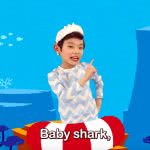