Every year, we hear about just how much harder it is for artists to get their start in the music industry, with plenty of digital tools making it easy (in theory) to get their music “out there”, but also making it a confusing industry to navigate, and hard at times to actually get that music into people’s ears.

Despite that, we’ve got a huge amount of untapped talent in Australia that just needs a bit of a nudge in the right direction, and it’s that musical ability that the crew of musos and industry veterans behind Melbourne’s GRID Series (standing for ‘Grass Roots Indie Development‘) is hoping to nurture with its artist development program for emerging acts – a brilliant government-supported initiative that’s helping our next crop of Aussie talent get its foot in the door of the Australian music industry, and navigate its many twists and turns.

If you’re an emerging musician or band hoping for the chance get your music heard, the GRID Series might be your perfect next step . It’s open now and free to enter, and all you need to do is send your demo recording. If it’s a little rough around the edges, that’s fine, because this is all about helping new acts take their music to the next level.

What’s it all about?

The 2017 program just opened up this week, and this year will be picking out eight artists from Melbourne’s Outer South East to take part. The chosen acts will get the chance to have their music workshopped with industry experts, then recorded and produced by an expert team at El Perro Productions, before finally being released and promoted online and in a live setting.

Just as importantly, GRID Series offers mentoring from music industry veterans to help each artist work out a career strategy – something that often goes overlooked by artists who just want to have their music speak for itself, but is incredibly important for any aspiring professional muso.

All in all, the lucky artists that get picked for the three-month program will get a full weekend of one-on-one industry mentoring; song development sessions; the full recording, mixing and mastering of one of their tracks; a video produced by the team at Baked Goods; and live showcases at both The Pelly Bar and the Ferntree Gully Hotel to launch their new work to the world – not a bad way to kick-start a music career.

GRID Series is also making sure the program is available to as many artists as it can, and has published its call-out posters in a range of languages so that nobody is left out. While eight acts are picked, the program isn’t competitive in the slightest, and is about nurturing artists and letting them collaborate rather than face off against each other. 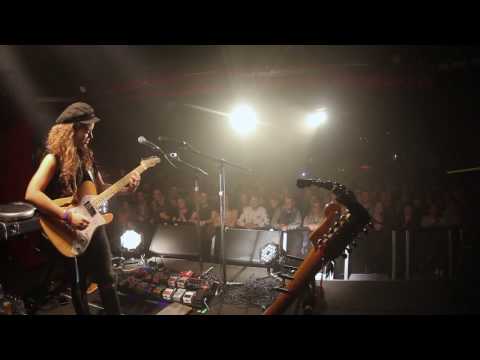 Tash Sultana’s manager David Morgan knows a thing or two about nurturing raw talent and taking them to amazing places, and he’s just one of the names involved this year. The Smith Street Band’s expert publicist Danae Effern is also there to talk publicity strategies, and Shihad member/artist manager Tom Larkin of VVV Management/Signal Artist Development Accelerator has almost three decades of music industry expertise to impart on bands.

Finally, producer and El Perro Productions owner Ariel Blum is overseeing the project to make sure each artist gets the best possible result from all of their hard work, and the project is run with the support of the Victorian Government through Creative Victoria, ALH Group and APRA AMCOS, in partnership with Music Victoria.

You can check out the work of last year’s artists on the website, including brilliant 9-piece band The Fabric, talented young rapper Dimitrios, and traditional Sudanese musician Gordon Koang.

The Fabric took part in GRID Series, and went on to produce incredible work like this

If this all sounds like it might just help you take the next step in your music career – or even just your first step – then you should throw your hat into the ring!

Entries are open now to any songwriters, bands, singers and emcees in Melbourne’s greater South East region who are over 18, and all you need to do is submit your best demo song to GRID Series by August 31. It doesn’t matter if you’ve recorded it in a studio or on a mobile phone – it’s the talent that counts.

You can check out all the details on the website, including everyone who’s involved, and click below to head to the website and apply. Good luck to all the acts in the running for 2017!