Go west, young person. You’ll find something you didn’t expect. The sprawling suburbs of Western Sydney are an incubator for creatives though, due to myriad complexities, many artists struggle for opportunities. Nix that. It’s not a struggle, it’s a fight.

The GRID Series is fighting in Western Sydney’s corner. In recent months, a handful of the most exciting and forward-thinking artists from around the region have plugged into the GRID and its programme, designed to enrich and enable the next generation living in outer suburban areas.

Established in 2013, the series of GRID (Grass Roots Indie Development) activities is built upon the idea of strength in numbers, sharing ideas, and community, with the programme going nationwide for the first time this year.

With the support of telecommunications provider Belong, GRID has nurtured a selection of gifted musicians in each of Australia’s four most populous cities in 2019, through a blend of one-on-one sessions with experienced songwriters, producers and industry professionals, covering off the process of songwriting and recording, and going deep into all the intricacies of a career in music.

The chosen few, Srisha, Chris Neto, hygge, Clarissa Mei  took part in the series from March through May, splitting their time between Free Energy Device Studios, Linear Recordings and Information and Cultural Exchange (I.C.E),  building knowledge and content which continue to bear fruit months later. Their journeys across their 3 months involvement with  GRID Series are captured in a series of exclusive documentary videos which TIO shares today.

As previously reported, each of the artists cut and released recordings during their GRID journeys.

In the new clips, each performer takes us on a journey tracing their creative processes and their inspiration, while pulling back the curtain on the origins of their newly-created track through the GRID Series. Also, keep an eye out for snippets of the massive launch show at Beatdisc Records on May 31.

TIO caught up with each of the acts to discuss their GRID experiences and some of the outcomes.

One of those talents is Srisha, whose empowering track ‘Euphoria’ was added to the New Australia Playlist on Apple Music and the ABC’s Rage music TV show.

In the short, the rising hip-hop Queen can be seen working with Ariel Blum, Ngaiire and Melody Forghani. 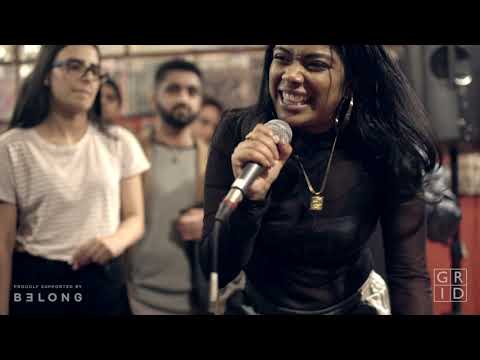 “Teaming up with such unique personalities gave me insights outside of my own, and I could really see my art from a broader perspective,” she says. “When I’m so deep in my head and in my craft, it’s easy to get boxed into one particular sound, but hearing opinions and constructive criticism from people of different worlds definitely helped me see the bigger picture.”

Srisha also speaks about her decision to pursue music as a career, and how, with the creation of music, you can get even more back than you put in.

“It’s incredibly rewarding and emotionally taxing at the same time,” she says of music-making, “but doing it with a community behind me makes it worth the effort. They’ve got my back and I’ve got theirs. I’m working on new music with people within my community.”

GRID has opened doors for this newcomer. Expect to hear a whole lot more.

“‘Euphoria’ gained so much attention, much more than I anticipated,” she claims.

“I used to watch ‘Rage’ religiously as a kid, and never in my wildest dreams did I expect to see my debut single aired on it, let alone with brown girls from Sydney who share experiences so similar to my own. It gained a shitload of international attention too – I don’t kiss and tell but let’s just say the future is looking very promising and exciting.”

Chris Neto released the single ‘Bitter Beer, Sweet Wine’ after his GRID sessions. The troubadour, with a touch of Jeff Buckley and Ray Lamontagne about him, spoke with Tone Deaf about the challenges of standing out as an aspiring songwriter and musician. 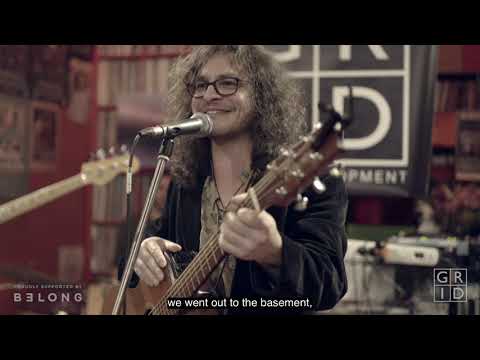 “GRID helped me by stripping away the conceived mysticism of the music industry and demonstrated practical means to develop my career,” he explained. This was achieved through workshops and mentoring. “The program definitely helped navigate the process of how to effectively release music online. It also allowed connection to a community that is supported by the sum of its parts.”

Before GRID, Neto admits he was “fairly green and afraid to approach people for help. Looking back on it, I certainly had confidence issues when it came to promoting myself as an artist.”

GRID helped by “giving me the courage to conquer the insecurities I faced as well as focus on what’s important to me as a songwriter. The people I’ve met and will meet are part of a greater network and share a bond that will last for life.”

Some of those experiences were with the bandmates from Middle Kids.

“Tim has a very keen sense of sound and Hannah is intuitively creative, both are down to earth and have a great work ethic while keeping the process lighthearted,” Neto recounted.

“Everyone involved comes from different musical backgrounds, so everyone can bring valid points to the table as long as there is a clear understanding of what message the music is communicating.”

There’s a lot more to come for Neto, including new music from the Carlo and the Montes project that he worked on as a vocalist last year. A new single from the artist will be released on October 4 and he’s demoing new works.

“I’m really excited for the musical direction the band is headed. We’ve jammed out some song ideas that sound amazing, like we all stop playing and there is a sense of magic having been created.” Stay tuned.

Synth-pop duo hygge have a dynamic not dissimilar to Everything But the Girl, and with a little blind faith and an elegant pop track, their career is moving forward. 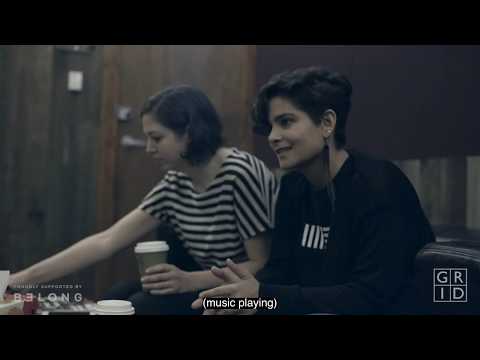 “GRID really gave us a platform and an opportunity to launch ourselves as a duo,” explains Kris, hygge’s singer-songwriter. “We’d gigged and worked on songs together before, but we didn’t have a name or a social media presence, and we hadn’t released anything. It was really invaluable being part of the program to have support with all the logistics of creating and launching a single, and it pushed us to define ourselves and our music and to figure out how to bring it to life in a live setting.”

Lem, the duo’s multi-instrumentalist producer, tells TIO the pair just finished a second single. “We were lucky enough to work with Antonia Gauci again for this one for the tracking and mixing, and we’re in the final stages now of sorting out things like artwork and distribution prior to release, which is exciting.” Indeed.

The hygge calendar is looking busy as the pair work on a bunch more songs and refine their live production and sound with its band, with their next gig set for November ahead of the release of a new single later in the year.

GRID “definitely opened a door for us in terms of pushing us to get ourselves out there and giving us some great contacts,” adds Lem.

Clarissa Mei’s power GRID release ‘Woman’ was added to Spotify New Music Friday and her ‘Vulnerable’ EP has been warmly received. During the GRID sessions, the soul singer soaked it up in the studio with Ngaiire, Antonia Gaucci and Ben Pierpoint. 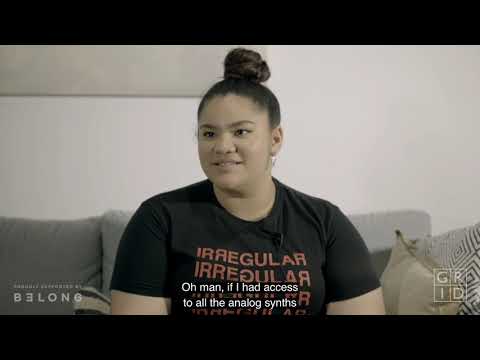 “It was an amazing experience to work with them,” she recalls of the sessions, which allowed her to “grasp an understanding as to what it’s like to write and collaborate with other artists, as well as gaining some insight into the industry and how I can put my best foot forward.”

The single ‘Woman,’ a “killer song,” in her own words, has raced past 58,000 hits on Spotify and “set me up for my future releases,” Mei explains.

Some of the biggest takeaways were the relationships and friendships formed through the collaborative process. “I’m so grateful to have met the GRID team and the mentors they connected me with and of course the other artists.”

In the months ahead, Mei will put her head down working on a new project, as well as collaborating with other local artists. Things are looking up, she says. “Next year is going to be an amazing year for music in Western Sydney and Australia.”