Guess who’s back? The continuing chart dominance of Eminem in Australia Eminem’s new album Revival is on track to debut at #1 this weekend, making it both the Christmas #1 — in album terms — and Shady’s ninth #1 album in Australia, an untouched streak that started from 2000’s The Marshall Mathers LP, and has continued through his subsequent seven studio albums, and a 2005 greatest hits set, for those without a three-disc changer.

A remix set in 2006 only got to #17 (which doesn’t count), but it’s worth noting that Marshall also landed two D12 albums in the top reaches: 2001’s Devil’s Night hit #4, while 2004’s D12 World hit #2. These were group efforts, sure, but it’s doubtful anyone was buying these albums to listen to the vocal dexterity of rapper ‘Bizarre’ or ‘Proof’.

Those in tune with Eminem’s wicked sense of humour would enjoy the fact that he will have held off Christmas albums from the likes of John Farnham and Olivia Newton John, Michael Buble, and Elvis from being #1 this next week.

Just try to ignore the fact that Ed Sheeran guests on this record, and is — technically — still #1 this week. 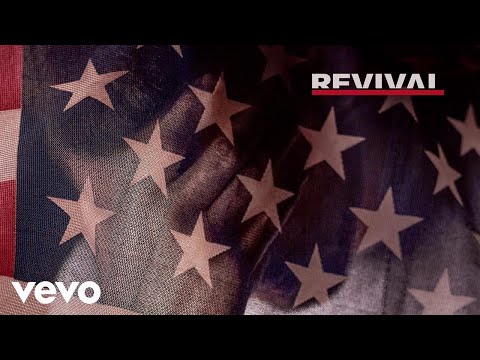