The posthumous album by late Indigenous musician Gurrumul has managed to top the ARIA charts, becoming the first album sung in an Indigenous language to do so.

Gurrumul’s Djarimirri (Child Of The Rainbow) was released back on April 13th, and over the last week has seen unprecedented demand, with retailers around the country selling out of stock, and the artist’s label Skinnyfish Music and distributor MGM doing their best to keep up with demand.

“We are in disbelief. Even as an optimist this would be difficult to believe; that Australia would embrace such a step away from the norm so immediately”, Gurrumul’s producer and musical collaborator Michael Hohnen said at the time.

“His was a refreshingly honest voice, expressing and sharing Yolngu life with truth and purity. This country sometimes learns about Indigenous culture through clickbait headlines, ill-informed political speeches and shock jocks. Djarimirri is the antidote- a simple and pure telling of his clan’s life and culture through music, the truly universal language.

Now, with the ARIA charts being released, it has been revealed that Djarimirri (Child Of The Rainbow) has debuted at #1 this week, becoming the first of Gurrumul’s albums to do so, and the first album sung in an Indigenous language to achieve this feat.

“Thank you to everyone who bought this album. This album is a testament to this great Australian and his family, all Yolngu and the greater Aboriginal population,” explained Michael Hohnen.

“The history he has made taking a true Australian language and heritage to number one proves the strength of the underlying cultural identity of this nation,” he continued. “This is something we can all be proud of and we know that the support of the many people who have bought this album in the last week will be rewarded through the depth of cultural discovery that will unfold on repeated listens.”

Gurrumul’s daughter, Jasmine Yunupingu, also released a statement on the milestone.“I would like to give a speech on behalf of my family and myself, to my father’s achievement that he has had a great career,” she noted. “For sharing our culture through his music. That he will remain in our hearts together.”

Gurrumul’s three previous albums, 2008’s Gurrumul, 2011’s Rrakala, and 2015’s The Gospel Album, all received rave reviews upon release, but only achieved the #3 position as their highest ranking. 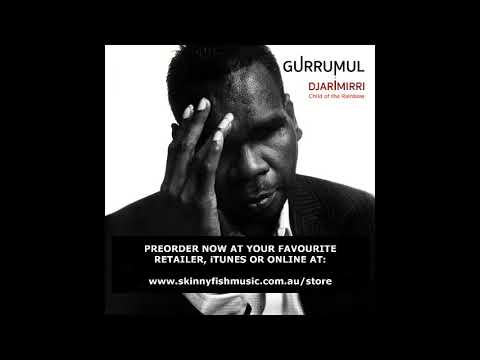