Gender equality has long been a contentious issue in the music industry. Whether it be male-dominated lineups or unfair pay gaps, musicians have been speaking out for some time now in regards to getting a fair go. Now, the latest band to take a stand against such inequality is Los Angeles trio HAIM, who parted ways with their manager after a dispute.

Speaking to Grazia magazine (via NME), the trio of sisters revealed that they had been booked by their agent to perform at a festival for a relatively low rate, but had been told the fee was lower than average due to it being a promotional opportunity. However, after learning they were being paid a mere fraction of what a male counterpart was being paid, the group decided to take a stand.

“We had been told that our fee was very low because you played at the festival in the hope you’d get played on the radio,” Danielle Haim explained to Grazia magazine.

“We didn’t think twice about it, but we later found out that someone was getting paid 10 times more than us. And because of that we fired our agent.”

“That’s why I love my sisters so much. I trust them with my fucking life. We’re all in this together,” added Alana Haim. “But it’s scary out there and it’s fucked up.”

“It’s fucked up not even to be paid half the same amount. But to be paid a tenth of that amount of money? It was insane.”

HAIM did not name the festival they had been booked for – or when the incident occurred – but as it stands, the trio are currently out on their ‘Sister Sister Tour’, which included a rather highly-billed performance at Coachella back in April.

It’s currently been almost a year since HAIM were last on Aussie shores, when they toured as part of the 2017 edition of Splendour In The Grass.

Check out HAIM’s ‘Something To Tell You’: 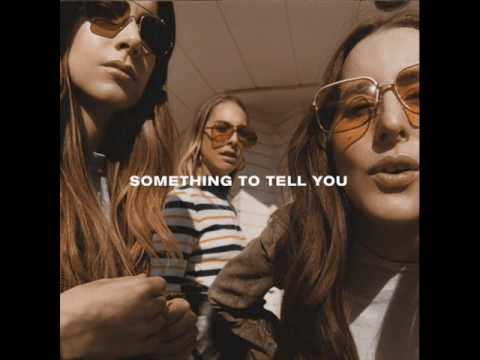