"This is the moment where you define your legacy. You shred that contract and you come to triple j." Hamish Blake was on the most recent episode of The Betoota Advocate Podcast, and discussed the many sliding doors moments from his early career.

One interesting story was about how somebody at triple j put the hard sell on Hamish and Andy in 2006, shortly after signing with Fox FM in Melbourne.

“We had someone from triple j tell us, ‘We want you to do Drive'”, Blake recalled. “This is just before we started doing Drive in Melbourne, and we were like, ‘Oh we signed with commercial radio,’ and they were like, ‘Cancel your contract, if you go commercial you’ll never get to work at triple j.’

Laughing, he added: “Or is it the moment we look back [at] when we are driving those complementary CX-5s”

Hamish and Andy started on Melbourne drive in late 2006, and by 2007 they were syndicated nationally. At its peak, the show had 2.7 million live listeners each daily., with another 1 million downloading the podcast. That’s just under one in six Australians. Every day.

For the record, Hamish and Andy is the highest-rating show in Australian radio history. And that dude was right: they haven’t yet gotten to work at triple j.

Listen to the whole podcast here. 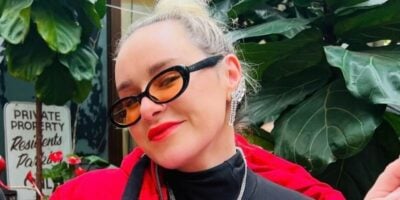