Hanson ask “where’s the music business?” as SXSW is flooded by technology giants Hanson are currently in the midst of announcing their 25 year celebrations, which also time out nicely with the 20th anniversary of their breakthrough album Middle Of Nowhere.

Despite achieving massive success in 1997 during their teen years, Hanson never fell for the industry traps that saw the majority of their peers – especially ones aimed at the same, seemingly fickle pre-teen audience (call Hanson fans anything, but ‘fickle’ certainly never applied) – achieve a quick rush of success before finding themselves washed up and on the wrong side of 30.

Most of this is due to a workmanlike attitude which valued building a career and a sustainable fanbase over any quick MTV-driven fame.

Spin caught up with the band this week at SXSW, and in a career-spanning career interview, Hanson bemoan the way in which the music industry dropped the ball and let the technology giants call the shots. (It is worth pointing out that Sony are also tech giants, however they at least operated a label). Hanson first came to SXSW in 1994, and 23 years later, they use it as an example of the corporate rot that has set in.

You have no complaints?


Taylor: Oh, we have tons of complaints. We’re grateful for what we have. But you wanna talk about the industry, about artists—there’s a thousand things we’re not happy about. Let’s talk about something that’s a challenge, and I don’t want to go on a diatribe, but something that we all need to look at as artists and creators in this industry. The first night we were here, we went from the Pandora party, to the Apple Music party, to the YouTube party. It’s like, where is the music business?

Zac: And those are some of the better platforms.

Taylor: I’m not saying, “Keep the albums, guys, hold on to the CDs.” But artists and creators of all content—video game programmers, designers, painters, filmmakers—need to recognise that they’ve got to build a future. They’ve got to take responsibility for the fact that content, intellectual property, is getting used by technology as a loss leader, as a draw to build brands. You’re like the worm on the hook.

Zac: You’re calling in the dinner for somebody else.

Taylor: There’s always going to be that balance of art and commerce, and that’s fine, as it should be. But we’re at an interesting tipping point where artist and creators need to have a loud conversation about the fact that if art’s value is pushed too far down, the Billy Joels of the future, instead of saying, “I’m going to change the world, because I wanna be in a band,” they’re gonna say, “I want to change the world by starting, y’know, ‘Footbook.’” If there’s not value attached to what you make—

Isaac: It devalues the human being, period.

Taylor: We need to figure out real models for the future. And not just like, “Gimme my money, I’m a band, you need to pay me what you did at some point for a CD.” We’ve got to actually understand the ecosystem around creation.

Isaac: There’s no problem with fans and bands. There’s a problem with the economics of the outside disruption of the industry.

Taylor: The failure has been within the music business itself, which has let the wolf into the henhouse. The wolf is every other innovation that is not in the interests of the chicken. […] The system didn’t advocate for itself. That’s the challenge for us, and now young artists and creators need to realise it’s gonna be their job to try and forge a path.

Read the entire interview here, and listen to one of their underrated gems, below. 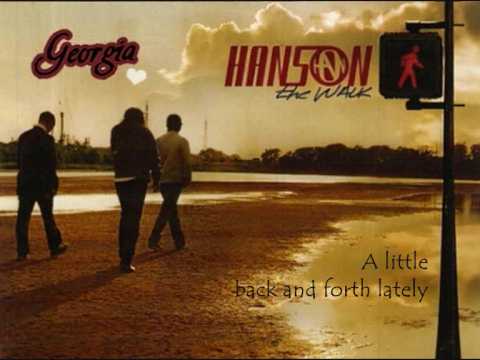