The infamous Heaven’s Gate cult are not too happy with US hip-hop artist Lil Uzi Vert, accusing the rapper of stealing their artwork for his upcoming release.

Back in 1997, Heaven’s Gate achieved notoriety after a large portion of their members took part in a mass ritualistic suicide. The group’s members believed that their deaths – which coincided with the passing of the Hale-Bopp comet – would allow their souls to climb aboard an extraterrestrial spacecraft in order to reach an advanced level of being.

While the group’s infamy soon waned in the followers years and decades, two members of Heaven’s Gate stayed behind in order to maintain the group’s time capsule of a website, and to effectively field all correspondence that may come their way.

However, these remaining members has now raised issue with the artwork to Lil Uzi Vert’s upcoming Eternal Atake project, which they claim is a direct ripoff of their organisation’s logo.

In a statement released to Genius, a representative for Heaven’s Gate heavily criticised Lil Uzi Vert’s decision to use this artwork. “He is using and adapting our copyrights and trademarks without our permission and the infringement will be taken up with our attorneys,” they explained.

“This is not fair use or parody, it it a direct and clear infringement.”

For anyone who might be willing to give Lil Uzi Vert the benefit of the doubt, it’s worth noting that his Instagram avatar just so happens to actually contain a picture of Marshall Applewhite, the founding leader of Heaven’s Gate, which was taken from an initiation tape created by the group.

As it stands, Lil Uzi Vert has not responded to the claims that he ripped off the group’s logo, but this is not the first time such an incident has occurred, with Skegss having their artwork allegedly lifted by US rappers Reese and Lil Yachty.

As Tone Deaf noted last year, the cover for Skegss’ 50 Push Ups For A Dollar EP happens to be strikingly similar to the artwork for Reese & Lil Yachty’s ‘Do It’.

Skegss soon contacted Reese, asking “Why did you steal our artwork? Shit photoshop job,” but was only met with a rather blunt brush-off. “1. I dont know who the fuck you are,” Reese responded. “2. I dont design graphic art … Cool story bro.”

Whatever the case is, we’re interested in seeing how this one will be sorted out. 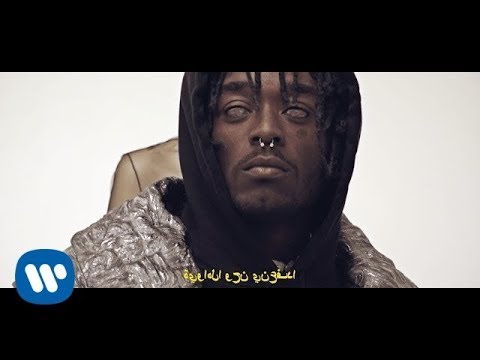