“I am more committed than ever to the future of virtual reality”, said Mark Zuckerberg, at Oculus’s annual conference in San Jose, California, last week (Oct 11).

The Facebook CEO unveiled Oculus Go, a new virtual reality headset for $199 set to be released next year

It’s higher quality than the cheaper Samsung Gear VR, but it doesn’t need to be tethered to a computer – it’s designed to work with your phone.

Of course, Facebook purchased Oculus in 2014 for $2 billion so naturally Mark Zuckerberg has high hopes for the next phase of social computing.

From conducting meetings in virtual reality, to visiting different countries from the comfort of your couch, to experiencing concerts, birthdays or a child’s ‘firsts’, Facebook is betting on the benefits of virtual reality services. 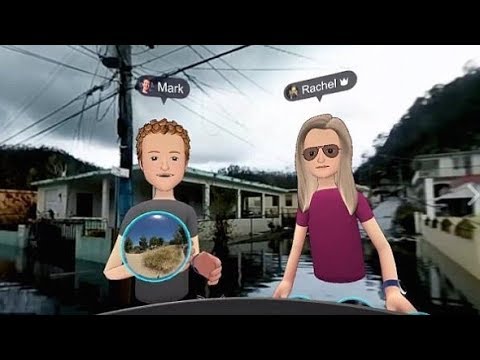 Also announced at Oculus’s annual conference, the app would enable Facebook users to virtually watch live concerts and sports games around the world.

“We believe that one day, almost everybody is going to use virtual reality to improve how we work, how we play and how we connect to each other,” Zuckerberg said.

Where does Facebook sit in the race to build VR tech?

While’s Facebook’s future is wireless, there has been talk about its pace in the race to build VR tech against competitors like Valve, Samsung and Microsoft

Valve has been immersed in virtual reality for years now and is producing custom lenses which can can optimise the clarity and image sharpness.

Samsung unveiled its Samsung HMD Odyssey earlier this month, which uses two six-degrees-of-freedom cameras and inside-out position tracking. But it does still need to be connected to a computer to deliver its experiences.

Microsoft’s AltspaceVR allows users to meet in virtual spaces and chat with each other via avatars. It’s also heavily embedded in events, having held comedy nights with Reggie Watts and events with Al Roker and Bill Nye.

However, despite the multiple product delays, staff reshuffles and lawsuits that have plagued Facebook since its purchase of Oculus, the social giant should soon have the music industry putting on its blinders.

Once it inks music publisher/society licensing deals with the industry – an exercise apparently costing it hundreds of millions – its roll-out of VR concerts via the Venues app are limitless.