More and more, technology allows those attending concerts and festivals to be as much the stars of the experience as those making the noise up on the stage.

The idea of the live music experience not being a totally passive one began with Millennials, and is now picking up momentum with Gen Z.

Born in 1995 or after (approx. ages of 13 to 24), Gen Zers are the most tech-savvy, connected consumer group ever, and their annual global spend is already US$600 billion.

With their music discovery coming more from streaming than radio their tastes are the most diverse.

According to Sweety High’s 2018 Gen Z Music Consumption & Spending Report, their social identity is based around music, and their attendance at music events is rapidly overtaking those of other age-groups.

A 2018 study by promoter Live Nation found that in the past year, 65% of Australian Gen Zers had attended a concert compared to 70% of Millennials.

What draws Gen Zers to music events is bonding; it’s spontaneous and allows them to be themselves, said the report.

The general consensus is that the experience is far greater than the actual concert.

63% of Australians make a purchase specifically for the event. 56% plan a get-together around the concert.

They spend an average of $151 at the show. 73% document the event. 58% share their experiences on social media.

Reports show that 72% of people want to be in control of their lives at all times.

Gen Z is closer to achieving this than any other generation, and what’s a more obvious example of this than at music events.

What these reports underline is they (and their mates) are the stars, and they expect technology to attain this for them.

It’s more than just not having to queue anymore or having to carry cash.

They can now “digitally” join the act onstage, “stand” next to the singer, and “go backstage”.

They can, through headphones, mix the sound to suit their preferences, make the guitar louder and bring down the keyboards, if need be.

Yes, headphones are expensive and still cumbersome, but manufacturers are working on rectifying and upgrading these, to the point where they become commonplace.

The “yes that’s me!” effect after the show through social posts will become sharper with the greater use of drones (the zooming in on the fan in the crowd) and RFID.

With Wi-Fi 6 and 5G, a fan can be given a playlist and reviews of the show to get them in the mood.

The venue has all their details, and knows when they arrive. They are directed to the food and merchandising stalls and then to their seat.

If the artist has instructed it, the smartphone is deactivated on arrival. But never mind, there’ll be cameras in the arena which the fan can tag to their wristbands and get photos that way.

As the Gen Zer would expect, they and their mates are celebrities, and purchasing or experience options make them more involved than ever.

There’ll be “easter eggs” hidden throughout the arena which could offer half price tickets to another music event.

Arenas and festival sites would be technically set up for brand sponsors to become more involved, and these can offer selected patrons a VIP upgrade or a surprise meet-and-greet backstage with the act.

As fans leave, sweaty and exhilarated, they get a message from the act on their phone thanking them for coming.

According to The Future of Music Festivals by British futurist Dr Ian Yeoman, this is just the surface.

By the year 2050, there might be among 50,000 punters at Splendour in the Grass and 15,500 at the RAC Arena for the same event. Splendour may be in Byron Bay and the RAC Arena in Perth.

But the user can “transform” themselves to be in Bali or Tokyo or the Greek island of Mykonos if that’ll heighten their live experience.

According to Yeoman, technologies in 2050 will include cerebral networks where music fans can see, hear, smell and feel the whole event through artificial neurons.

Future clothing will be made up of microprocessors and LED smart textiles which enhance the feel of the festival.

Through digital tattoos fans can record their experiences.

Ian Yeoman on The Future of Music Festivals 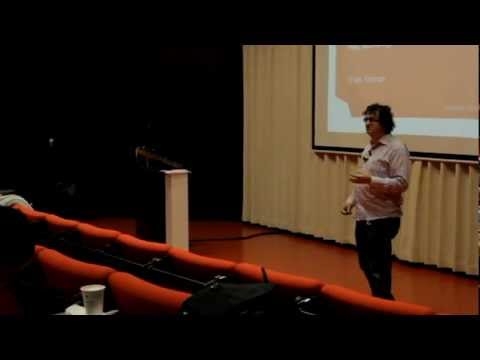 According to Yeoman, the experience can take them out of the concert hall or the festival field if they want.

For instance, he says, listening to Elton John doing ‘Rocket Man’, might inspire thoughts of space travel or walking on the moon. Technology will allow the fan to enter a dream to do just that, or have the venue or festival site set up to achieve that effect.

Digital tattoos will allow fans to use a platform implanted under the skin, “tapping into the bloodstream and converting oxygen and glucose into electric power.”

The display functions by changing the colour of smart-ink pixels tattooed over the implant, allowing tattoos to act as touch screen input devices.

They can record what’s going and send it to others

Hearing an old hit or cover version evokes memories, of course. But now they crystallise those by creating smells to go with that period, whether joss sticks at an acid-house rave, or flowers and patchouli oil from the hippie era.

In the future “smart clothes” will be made with microprocessors and embedded LEDs.

Clothes made entirely of circuit boards could be used to generate music, or record heartbeats and perhaps remix these sounds into music.

They allow the wearer to pick up the atmosphere of the event and transfer it to their bodies.

At the concert or music event in 2050, beer is bought via their contact lens retinal recognition system.

And if they spot a piece of eye candy, they will utilise their facial recognition software via contact lens to recognise and search information about that person.

Armed with data about what it is they do, their sexual preference and the name of their cat, it’ll be so much easier to strike up a conversation.

Meantime, on the stage, the hologram has changed the perception that a music performance is a unique one-of-a-kind created by humans onstage.

Because they can be switched on and off at will and will deliver the same show.