In order for Spotify to compete, do they need to piss off record labels? In the video below, Scott Galloway revisits his 2018 Spotify prediction that it will join Google, Apple, Facebook and Amazon as one of the biggest tech companies in the world. However, it hasn’t happened yet.

Spotify has all the makings of a trillion dollar company: explosive growth, recurring revenue, network effects, and a global product. So, what’s holding them back?

Well, Scott explores three main contributing factors, however the one regarding original content should raise alarm bells for record companies.

“Winning firms have a difficult time winning distributing other people’s content. If Spotify wants to be the next Horseman, it will need to pull a Netflix and double down on original content. The company may antagonise major record companies but the short term pain may be out-weighed by the long term gain of being able to offer a differentiated product.”

Scott Galloway highlights that Spotify have already starting doing this with podcasts after acquiring Anchor and Gimlet.

It’s also interesting to consider that when people listen to podcasts Spotify don’t need to pay any royalties. Podcasting is not only an amazing testing ground for original content for Spotify, but if they can get more people listening to podcasts rather than music, their business costs will reduce dramatically.

Once Spotify conquer the podcasting world will they then have the market strength, revenue and confidence to sign masters directly and effectively become a record label?

Spotify CEO Daniel Ek has said he has no desire to be a record label, however major record companies must feel like someone is pointing a loaded gun at their head with a promise the trigger will never be pulled.

Watch the video to find out Spotify’s major challenges and what it will take if they want to become the next Horseman. 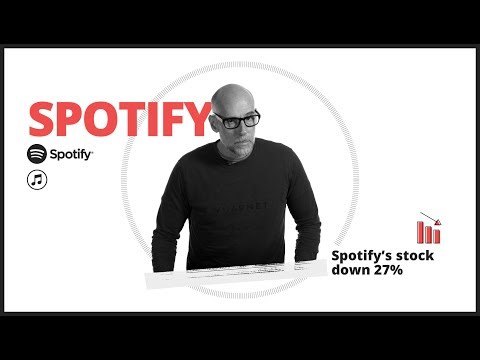