Iron Maiden have responded to their latest lawsuit, which has seen them accused of plagiarising lyrics from early singer Dennis Willcock.

Back in March, Iron Maiden settled their lawsuit which saw them sued over a breach of copyright for allegedly using segments of the track ‘Life’s Shadow’ by Beckett for their song ‘Hallowed Be Thy Name’.

As the group said at the time, “[Bassist] Steve Harris was a fan of Beckett and some six lines from ‘Life’s Shadow’ were referenced in Steve’s song, ‘Hallowed Be Thy Name,’ which was recorded by Iron Maiden and appeared on the album The Number Of The Beast which was released in 1982.”

Following the settlement of this lawsuit, lawyer Barry McKay noted that this might not be the last lawsuit that the band will be seeing in regards to such a matter, and he was proven right, with the group being hit with a new $2.6 million lawsuit just a couple of months later.

This new suit was filed by early Iron Maiden singer Dennis Willcock, accusing the band of ripping off lyrics that he had written for their tracks ‘Prowler,’ ‘Charlotte The Harlot,’ ‘Phantom Of The Opera,’ ‘Iron Maiden,’ and ‘Prodigal Son.’

While the lawsuit named Steve Harris, guitarist Dave Murray, and publishing company Imagem as defendants, the group dismissed the case, noting “This is outrageous. Absolutely ridiculous.”

As Ham & High now reports, documents served to the High Court show that the group have admitted that the songwriting credits for ‘Charlotte The Harlot’ are indeed wrong, but not as the lawsuit says.

If one was to look up the liner notes for ‘Charlotte The Harlot’ (the penultimate track on the group’s self-titled debut), they would see that the songwriting credits only mention Dave Murray as the author of the song. Now, the group are admitting that the credits are indeed wrong, but say that Steve Harris should be given proper credit, not Dennis Willcock.

“The lyrics for [the song] were written by Mr Harris in or around 1977 to accompany music written by Mr Murray, who had joined Iron Maiden in late 1976,” court documents noted.

However, members of Iron Maiden have since questioned whether or not Dennis Willcock could even remember writing the lyrics from his time in the band, which lasted from 1976 to 1978.

“[He] was, when he was a member of Iron Maiden, notorious for forgetting lyrics for the band’s songs, or missing out words, or singing the wrong words,” court documents continued. “He […] even had to sing from lyric sheets at live performances.”

“Accordingly it is implausible that Mr Willcock can now remember lyrics he allegedly wrote some 40 years ago.”

Lawyer Barry McKay has called Iron Maiden’s comments “bitchy” and “made-up”, while expressing his desire for the case to be heard in court. At this stage, it looks like we’ll have to wait and see what the courts decide. 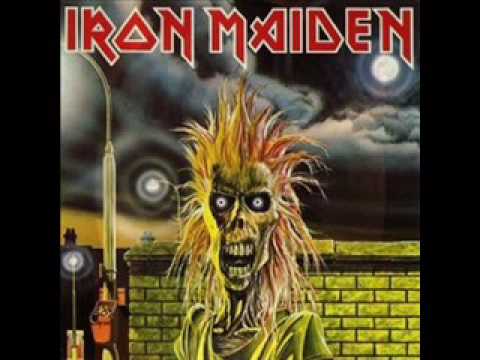