Iron Maiden have settled their ‘Hallowed Be Thy Name’ songwriting lawsuit Over the last year, heavy metal legends Iron Maiden have been entrenched in a legal battle over the songwriting credits to their 1982 song, ‘Hallowed Be Thy Name’, often considered one of the greatest metal songs of all time. Now, the group have settled their lawsuit.

Back in May of 2017, it was announced that Iron Maiden were being sued over a breach of copyright for allegedly using segments of the track ‘Life’s Shadow’ by Beckett for their song ‘Hallowed Be Thy Name’. The track was originally written by Brian Quinn (who went by Brian Ingham at the time), before being recorded by Robert Barton at a later date.

As a statement from the band’s management at the time explained, “The dispute concerns the song ‘Life’s Shadow,’ a song originally written in the early 1970s, credited to Robert Barton and Brian Ingham, and recorded by the band Beckett. Steve Harris was a fan of Beckett and some six lines from ‘Life’s Shadow’ were referenced in Steve’s song, ‘Hallowed Be Thy Name,’ which was recorded by Iron Maiden and appeared on the album The Number Of The Beast which was released in 1982.”

“As far as Steve is concerned, this matter was settled some years ago by agreement with Robert Barton, but there now appears to be a dispute between the two original writers as to their respective shares in ‘Life’s Shadow,'” the statement continued. 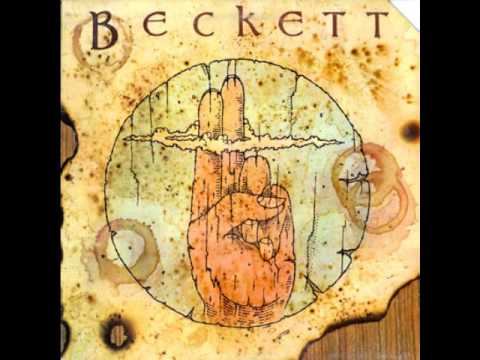 As Blabbermouth reports, the matter has now been resolved, with both Iron Maiden and members of Beckett settling out of court due to escalating legal costs.

“Iron Maiden’s management failed to produce any accurate earnings figures for the two songs which contained stolen lyrics and music until both parties had already spent well over half a million pounds on legal costs. Once the lower-than-expected figures had been examined, both parties agreed to settle the claim,” said Barry McKay, lawyer for Brian Quinn.

“The defendants [Steve Harris and Dave Murray] have paid all of the plaintiffs considerable legal costs as well as their own legal costs and six figure damages.”

In response to the announcement of the settlement, Iron Maiden released their own statement in which they held firm in their belief that they were without blame. “We do not believe that Brian Quinn was the one who wrote these six lines in question over 40 years ago as was claimed by Barry McKay,” the band said.

“However, due to escalating legal fees and the potential huge costs of a court case it was pragmatic to reluctantly settle this action with McKay for £100,000, a fraction of what he brought the action for. A serial litigator like Mr. McKay would have foreseen this.”

Despite this outcome, Barry McKay has revealed that this might not be the last lawsuit that Iron Maiden will be seeing, with the lawyer reportedly in the process of preparing to bring further charges of copyright breach against Steve Harris and Dave Murray.

“Harris admitted that ‘the lyrics of ‘Hallowed Be Thy Name’ reproduce a substantial part of the lyrics of ‘Life’s Shadow,” however, Harris’ lame excuse for this was that he composed the lyrics for ‘Hallowed Be Thy Name’ while recording the album in early 1982, only using the words from ‘Life’s Shadow’ as ‘guide lyrics’ and intending to replace them before the final recording,” McKay explained.

“This excuse is untrue because Harris could not have written the lyrics in 1982 while in the studio because Iron Maiden performed the song live during at least one gig in 1981, with the lyrics as they are now and always have been.”

We’ll undoubtedly keep you updated as further developments in this story arise.

Check out Iron Maiden’s ‘Hallowed Be Thy Name’: