Run by Lorrae McKenna, Our Golden Friend first appeared on the Melbourne music scene in 2015. At the time, McKenna was the Promotions and Marketing Manager at Remote Control Records, signing and developing acts such as Courtney Barnett, King Gizzard & the Lizard Wizard, Methyl Ethel, and The Murlocs during that time.

In October of 2016, McKenna left Remote Control with the intention of focusing on Our Golden Friend full time, in addition to furthering her career in artist management, with acts such as Jade Imagine, Jess Riberio, RVG, Totally Mild, and Poppongene on her current roster.

“I am super excited about the new Our Golden Friend partnership with Island Records/UMA,” Lorrae McKenna said in a statement. “It’s a beautiful collaboration of two different world’s colliding and I feel that I have a huge opportunity to help the artists I love, to work and grow and reach larger audiences.”

Universal Music Australia’s Managing Director, Michael Taylor also expressed his excitement at the partnership. “We are thrilled to partner with Our Golden Friend,” he said. “Lorrae and her label will continue to operate in their own unique style and creative direction and will be able to tap into Island/UMA whenever it makes sense for them to do so.”

In addition to this news, the label has also announced their first signing, Melbourne quartet RVG. Our Golden Friend is set to re-release the group’s debut record A Quality Of Mercy, which RVG self-released earlier in the year.

With RVG also set to play BIGSOUND next week, and the Meredith Music Festival in December, the group is undoubtedly set to see their profile rise, which can only mean brilliant things for their associated label.

Be sure to check out Our Golden Friend’s website for further news. In the meantime, check out the label’s first signing, RVG, performing the title track from A Quality Of Mercy at Melbourne’s 3RRR studios, below. 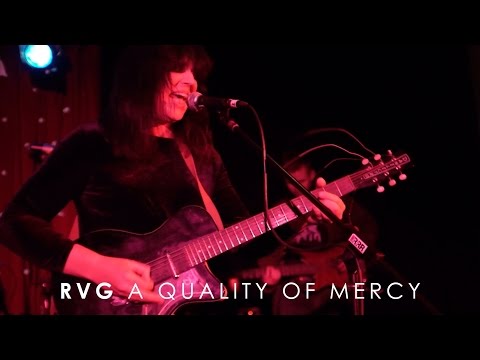