Before New Zealand Prime Minister Jacinda Ardern had even finished her address at music industry summit Going Global in Auckland, one US delegate had already asked if she had a clone to lead America, and an artist had given her his band T-shirt and apologised for the “naked figure on the front”.

It was a revealing inclusion in the two-day Going Global Summit program, which is currently underway at at Neil Finn’s Roundhead Studios. The fact the Prime Minister, who was named 13th most powerful woman in global politics by Forbes magazine last year, stopped by to address the music industry’s importance was very telling of the nation as a whole.

“We are in a bid to ensure that we are relevant to you,” she said at Roundhead Studios today. “[…] And that really does require us to be more agile than we have been in the past, but the reason I’m so desperate to drive relevance on our side of the ledger is because of how relevant you are to us.”

“No matter where [New Zealanders] are in the country, whether they’re rural or urban, whether they’re older or younger, regardless of particularly of socio-economic status, I want everyone to have access to the arts. I have that vision because I know how intrinsically linked it is to well-being.”

Ardern expressed the importance of the work from creative sector initiative WeCreate, which helped define the Kiwi industry’s NZ$98.8 million contribution to the economy, but said it’s important to continue to foster the environment and not question its value.

“It’s a given that you contribute,” she said. “But you’ll never be able to measure what you do for our well-being. […] This particular industry, the music industry, you are what I’ve always called the soundtrack of our lives […] I think Don McGlashan was one of the first people I ever heard say that.”

Ardern said she can mark on a wall the songs that opitimise any given year, saying 2018’s anthem for her is ‘Hold Her Close’ by Neil and Liam Finn, the track that was gifted to Ardern upon the birth of her daughter Neve.

Watch Neil and Liam Finn perform ‘Hold Her Close’ below: 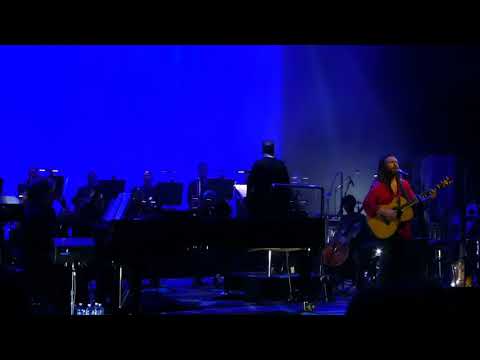 “I want our anthems to travel without us as well,” Ardern said onstage today. “I want our anthems to go abroad without having to be alongside us, just in and of themselves as our ambassadors for New Zealand and our creativity. […] But what is it going to take for us to be a net exporter of music?”

Ardern understand the New Zealand Government needs to keep pace with music consumers. She cited recent listenership data which found that 80% of New Zealanders are listening to music online, and one in six are doing so every day.

“I’m interested in what we can do to make sure that we are doing a better job at promoting New Zealand music to streaming services,” she said. “Now I know our counterparts in Australia are starting to do that but I’m not sure that we are making the most of that opportunity here at certainly the central Government level.”

Ardern believe the emphasis on radio has changed, on commercial radio in particular, where the airing of NZ music is sitting on average at the 12-13% mark.

“If you’re looking for a message from me on what we’ll do with the code, I’m not willing to budge on the 20% [local content quota],” she said. “I’m just not.”

She closed her address at Going Global with a request for help from the room in lifting the NZ music profile internationally and moving beyond the sights of radio.

“Anyone who is willing to come and sit around a table with us while we work out the next steps for promoting New Zealand music abroad, put your names to Barbara Ward who’s standing at the back there […] please do come and talk to us.”

Going Global (held Aug. 31-Sept. 1) is organised by Independent Music NZ and is becoming a popular precursor to BIGSOUND, which follows on immediately after the Auckland event.