Jack White is a fan of vinyl…and paper tickets Jack White, the Detroit scene builder, label owner and former White Stripes frontman, is a devout fan of vinyl. In White’s world, if it’s not pressed to vinyl, it’s not worth spinning. Turns out, he’s also dedicated to paper tickets.

The blues-rocker is winding back the clock

Jack White is asking his supporters to bring printed tickets to his upcoming dates as he’s already banned the use of mobile devices inside the shows.

“Upon arrival at the venue, all phones and other photo or video-capturing gizmos will be secured in a Yondr pouch that will be unlocked at the end of the show. You keep your pouch-secured phone on you during the show and, if needed, can unlock your phone at any time in a designated Yondr Phone Zone located in the lobby or concourse,” reps from the tour wrote in an email to ticketholders, Celebrity Access reports.

In case that wasn’t clear, Yondr provides a branded pouch for storing of mobile devices at public events, which stays locked unless it’s tapped against a proprietary base, usually available at a kiosk in the venue.

White’s dedication to the hard copy does feel anachronistic in the mobile-enabled ticketing space of 2018, though his desire to pull the plug on mobiles is nothing new.

In a feature published a year ago by the Grammys, White’s manager Ian Montone said the artist “politely” asks his audience to refrain from filming him on stage, which he finds “annoying and distracting” to others. Earlier this year, White announced a proper ban on phones at his gigs. “No photos, video or audio recording devices allowed. We think you’ll enjoy looking up from your gadgets for a little while and experience music and our shared love of it IN PERSON,” he wrote in a social post.

White kicks off the U.S. leg of his tour this Thursday at Detroit’s Little Caesars Arena. His live run is in support of his third and most recent solo album. “Boarding House Reach,” released March 23 through his Third Man label. 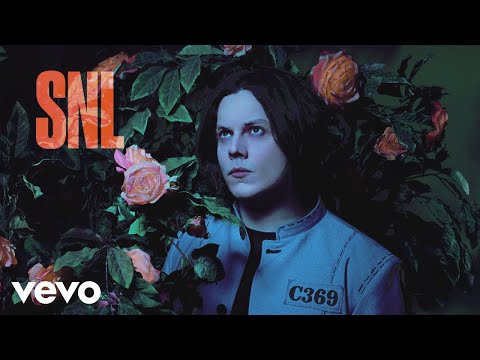