‘Glow’ a push into triple j’s community with a “spots” section, joining a selection of songs chosen by triple j’s music team. Jessica Mauboy begins her new era with some love and attention from triple j.

A year-long incubation came to an end Nov. 12 with the release of ‘Glow,’ Mauboy’s first through WMA.

Today, ‘Glow’ (released through Jamally/Warner) gets a push into triple j’s community with a listing in the network’s “spots” section, a selection of songs chosen by triple j’s music team.

“Spot” rotation is a recommendation for announcers to use in their shows.

These songs, like “added” songs, also appear in the triple j Hitlist playlist on streaming services, which is a way of testing out some new tracks before they move into rotation, or simply because there’s no space yet for them to be added.

If a song is elevated to “adds,” they’re added to triple j’s rotation, and are in various forms of high, medium and light rotation across a week.

New Warner Music signings Alex the Astronaut and Carla Wehbe are among the artists added to rotation this week, while Birdz ‘Legacy’(Bad Apples Music/Universal) is the broadcaster’s “feature” record.

Boasting assists from George Maple and Cosmos Midnight, ‘Glow’ is Mauboy’s first new music since her 2019 ARIA No. 1 album Hilda.

Mauboy will play road test her new track, and potentially others, when embarks on her 2022 The Boss Lady Tour, starting March 30 at Canberra Theatre.

Caiti Baker will open on all shows. 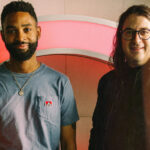