It’s often said, you can’t keep a good man down. It’s true for Jimmy Barnes. The legendary Cold Chisel frontman has been down, way down, and he’s back on top of the world.

Barnes’ latest album, the confessional My Criminal Record, his first set of original material in almost a decade, is flying at No. 1 this week on the ARIA Albums Chart, crunching records on its way to the summit.

The album, released through Bloodlines, a Mushroom Group label, is Barnes’ 12th solo chart leader, placing him as the all-time leader ahead of U2 and Madonna with 11 No. 1s apiece.

This ain’t no second prize.

Tallying up the four No. 1s he scored with Cold Chisel, the total figure rises to a sweet 16.

For Barnes, who documented his difficult youth and his punishing adulthood in the award-winning memoirs Working Class Boy and Working Class Man, the new LP is a snapshot of a guy who finally figured it out. He’s enjoying life, loving work.

“The more I work, the more I learn. The more I learn, the happier I am. The more I grow, the better I am,” Barnes told TIO over the phone from his home in the NSW Southern Highlands. “I want to be a better person, better singer, better farmer, better friend. I’ve got to keep growing, otherwise I’ll lay down.”

Jimmy Barnes, ‘Shutting Down Our Town’ 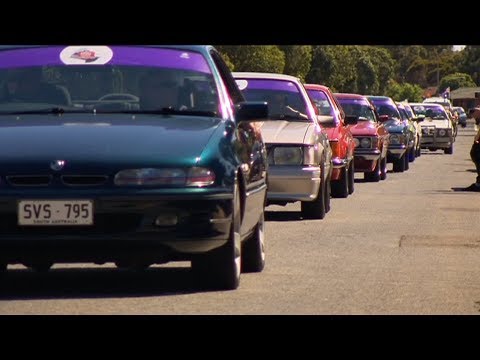 A lifelong Rangers FC supporter, Barnes admits he’s a competitive guy, And scoring 16 goals on the ARIA chart has made him hungry for more. “I am competitive,” he admits. “If somebody can do better than me, I’m happy. If someone can push me and make me work harder I’m happy. It’s healthy competition.”

Sure, he’s the star but Barnesy is very much a team player. He gives a shout out for the “great support” he had making the record, naming Mushroom Group chairman Michael Gudinski, Liberation Music managing director Warren Costello and Kevin Shirley, who produced the LP. “These guys have worked with me for 30-40 years, they’ve all worked tirelessly on this,” he says. “It’s incredible. I’m as happy for them, that all their hard work has paid off.”

The veteran rocker, twice inducted into the ARIA Hall of Fame (with Chisel and as a solo artist), has put in the work on My Criminal Record. While working promo, he was invited to guest-programme Rage, for which he was asked to select 70 songs. He came up with 180 (“I couldn’t cut them down. It’s a hard task”).

And he’ll hit the road for his Shutting Down Your Town Tour of Australia and New Zealand this September and October, with Jet and Eskimo Joe in support (the trek is presented by Frontier Touring, MAX, Triple M, Mix 106.3 & Wave FM 96.5).

“I like to get out and do everything I can to give something a good shake,” Barnes explains. “You can make great records but if you don’t get out and sell them, and get amongst people and let people hear them and communicate with people, then the records are wasted. I like to make sure I do everything I can to make sure the records reach as many people as possible. Then you’ve got a chance for your story, your lyrics, your emotions to affect people. I’m competitive, but only in the fact that I want to get things out there.”

Spanning 13-tracks, My Criminal Record is Barnes’ first LP of original works since Rage And Ruin, which hit No. 3 in September 2010, and his first album set to go to the top since Two Fires did so in September 1990.

Barnes is feeling energised. “Two Fires was, at that point, the last of a series of seven,” Barnes recounts. “Hopefully this is the start of another series of seven.”

In an ominous warning, he admits, “I don’t think I’ve peaked.”