First things first, if you want a crash course in how forward thinking, tenacity, and a keen willingness to piss people off will make you very successful and very wealthy – watch the excellent documentary series ‘The Defiant Ones’ about the intertwining careers of Dr. Dre and Jimmy Iovine.

As with all genius decisions, everything they did seems so obvious in retrospect.

Just as Apple’s white headphones were a smart signaller in a sea of black tangled wires, the iconic Beats headphones and logo stood out, being both a fashion statement, and a sign that you took audio quality seriously. The hefty price tag was another status symbol, as was the connection to the hip hop community. The headphones appeared in numerous video clips, too – which is a boon in this post-sell-out society.

Iovine and Dr. Dre sold Beats Electronics to Apple for a mammoth US$3 billion, which included $2.6 billion in cash (although we assume a bank transfer was probably involved) and $400 million in unvested stock.

This was in August 2014, and come this August, the pair will have fulfilled their four-year contracts, meaning the stock will be vested, and worth a pretty penny more than it was back in the dark ages of 2014.

Variety are using the metric of a 19% average rise over three-and-a-quarter years, calculating the stock would be worth roughly US$700 million today. Continuing this line of thinking, and assuming my calculator is working correctly, and my year nine compound interest skills are sound, this will rise to over US$800 million by August.

With Jimmy Iovine currently holding no fixed role at Apple, and multiple sources (Variety love an unnamed source) claiming he is on his way out of the company, it will be interesting to see what the pair do next.

Whatever it is, it will seem crazy, then genius.

After all, as he raps in the below song, Dre’s not gonna let his dough freeze. (Not sure if Eminem’s still rockin’ a Walkman, though) 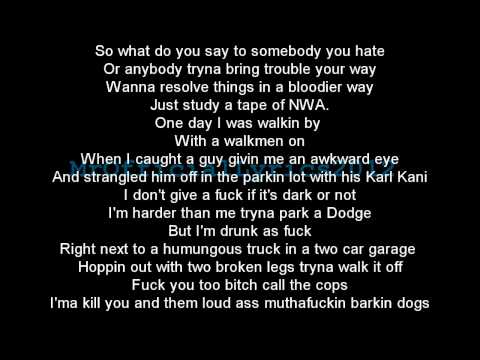