Joe Rogan has weighed in on employees of Spotify allegedly pushing to censor episodes of his podcast, Joe Rogan Experience. Joe Rogan has weighed in on employees of Spotify allegedly pushing to censor episodes of his podcast, Joe Rogan Experience.

On Wednesday, September 16th, Spotify hosted a town hall meeting at which employees raised concern over content in the JRE archive.

A number of employees took umbrage with an episode that featured an interview with Abigail Shrier — author of Irreversible Damage: The Transgender Craze Seducing Our Daughters. During the episode, Shrier associates transness with autism and explores her theory that YouTube and social media are influencing young people to transition.

“Many LGBTQAI+/ally Spotifiers feel unwelcome and alienated because of leadership’s response in JRE conversations. What is your message to those employees?” one employee raised during the meeting.

When The Joe Rogan Experience first landed on Spotify at the beginning of September, a select few notably controversial episodes were omitted. Episodes that saw Rogan interview Gavin McInnes, Chuck Johnson, Milo Yiannopoulos, and Alex Jones — the latter who’s own podcast was removed from Spotify for “hate content.”

In a statement, Spotify CEO Daniel Ek expressed that the company had reviewed the episode featuring Abigail Shrier, ultimately deciding against removing it from the platform.

“In the case of Joe Rogan, a total of 10 meetings have been held with various groups and individuals to hear their respective concerns,” Spotify CEO Daniel Ek said. “And some of them want Rogan removed because of things he’s said in the past.”

“Others have concerns specifically over a recent episode,” Ek continued. “And Joe Rogan and the episode in question have been reviewed extensively. The fact that we aren’t changing our position doesn’t mean we aren’t listening. It just means we made a different judgment call.”

In the latest instalment of Joe Rogan Experience, Rogan has addressed the controversy at hand. After fellow podcaster Tim Dillon asked if the rumours of an internal conflict between Spotify and its employees were “complete fodder.”

“They have literally said nothing to me about it,” admitted Rogan, before launching into a defence of the episode featuring Shrier.

“Now, is there someone at Spotify that’s complaining about the Abigail Shrier episode? I’m sure. Is it a transphobic episode? It’s not. They’re wrong. It’s nothing to do with that. It has to do with the fact that human beings are actually malleable. We all know that. That’s why cults exist.”

“There’s a thought process now,” Rogan continued, “that if you’re talking at all about trans people, you have to be 100 per cent supportive. You can never question whether or not children should be allowed to transition … All this is madness.”

Rogan went on to emphasise that he does not consider himself to be transphobic, and is open to speak with transgender guests on the podcast.

“I don’t know what the actual conversation has been from Spotify talking to these employees. But if these employees are listening, I would tell you, emphatically, I am not in any way anti-trans. … I am 100 percent for people being able to do whatever they want, as long as it doesn’t harm other people.”

“But I get it, you’re a 23-year-old woke kid and you’re working for this company and you think you’re gonna put your foot down, I get it.” 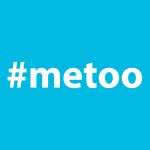