Kanye’s ideology and actions are often deeply flawed. But his Donda rollout, whether deliberate or not, was a display in capturing people’s attention.

Kanye’s Donda rollout, whether deliberate or not, was a display in capturing people’s attention, in a time where there’s not a lot of attention to give.

He’s shown the great lengths and divisive tactics required to cut through and command our attention. He poured millions of dollars into simply staying top of mind. And it worked.

Kanye’s ideology and actions are often deeply flawed with contradictory stances on topics that have no rational explanation. But his music has always been able to cut through and as Pusha T put it, “joystick the culture”.

In effect the album has now been ingrained into millions of peoples lives, before their first proper listen of the album.

Here’s a first-hand experience of the Donda rollout…

Donda dropped unexpectedly last Sunday. After weeks of anticipation and months of hype, it was available *on all platforms*.

Kanye re-entered the zeitgeist without really having left at all. His absence is usually met with a constant feeling of omnipresence.

Kanye is woven into so many cultural landmarks that somewhere, somehow he is humming along, planning a new project that captivates different parts of the cultural landscape. More predominantly in the last few years it’s been fashion, politics and his family (and less so music) that have been continuously keeping the name Kanye West in TMZ headlines and Tweets.

A few months ago, the hype machine started churning about prospects of a new Kanye West album. Not a soundtrack, a score or a collaborative project, but a full length album honouring his late-mother Donda West.

When the rumble of expectation started, Donda was suddenly about to drop out of nowhere. There was a Beats by Dre ad featuring Sha’Carri Richardson with a snippet of a new song and literal words “Donda drops this Friday”.

Shortly after, a livestream was announced via Apple Music and everything was pointing towards the new album dropping that Friday. The livestream happened with appropriate behind-the-scenes videos of celebrities attending, and the event was spectacular, but minimal. The album sounded big. There were features on features including the big one, Jay Z. This was it.

My text group was buzzing, it was about to drop at the usual 2pm Sydney time. Then, after refreshing Spotify, over and over again. Nothing. The album hadn’t dropped and everyone was confused. DJ Akademiks, The Fader, Pitchfork. All confused.

Days went by and the preorder on iTunes had been pushed to the following Monday. Again, nothing happened. Then it leaked that Kanye was camped inside the stadium and Stream #2 would be happening the week after. Same location at Mercedes Benz Stadium in Atlanta, via Apple Music.

Days before the next stream, a lo-fi live-feed inside the stadium showed Kanye’s desolate room, with just a mattress and some clothes. It was filled and emptied with his team over hours, more collaborators and Kanye himself sleeping and doing push-ups.

At this point Memes started to churn, concerns for Mike Dean’s wellbeing were growing. Then the next stream went down. This time more elaborate, with hundreds of dancers, another full stadium and this time Kanye with his bed setup in the middle of the field.

This was now more of a statement. Artistic. His fashion items, and props were all starting to “say something”. It was beginning to become mythology to everyone watching.

Cooped up in Sydney lockdown, this was becoming a ritual to watch and wait for the album to drop. Genuine anticipation, purely via a livestream. Again, no album. It wasn’t to be. The album release date on iTunes would change, then arrive and change again.

Two weeks later, the next stream was due to happen in Chicago. Publications were now talking about the “new album listening experience” Kanye was creating, and whether he would ever actually release it at all. Captivating everyone during one moment.

The week of Stream #3, more elaborate BTS images of the stadium setup were leaked (featuring a recreation of his childhood house) and it was now becoming an ever bigger stage show. It felt like Kanye was live editing a stage show and taking it on the road. Each event had added songs, new verses and different artists included.

It was the most dramatic show yet. But we had now prepared to wait until the next Stream to hear it again. I was now conditioned and accepting that this won’t be dropping anytime soon.

At this stage, I had heard the album three times, in varying but similar forms. I knew the songs, and was captivated by the new tweaks, features and edits. But, then it dropped. Two days later. Not on the usual Friday, but late on a Sunday night.

Not only did he string us along for weeks on end, the album was packed with dozens of the most prolific artists of this era (Jay-Z, Baby Keem, Playboi Carti, Pop Smoke, Fivio Foreign, Pusha T, Kid Cudi, The Weeknd, Lil Baby, Travis Scott, Lil Yachty, Lil Durk, Young Thug, Jay Electronica).

They’re young, and old, and place Kanye in every corner of the cultural conversation. It’s equally his as it is theirs. A true stage-play starring the creme de la creme of modern day music.

From a marketing perspective, Donda has ticked all the boxes: Stay relevant, stay distinctive and stay top of mind. It will soar to #1 on the charts and that’s the campaign done and dusted.

Donda captured our attention, and it will stick in our minds for a long time to come. 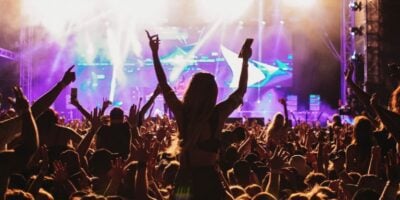