The aforementioned are the first four of 10 acts who will compete in the national selection show Eurovision – Australia Decides on February 9.

The competition will take place on the Gold Coast and be broadcast live on SBS as part of a partnership between Tourism and Events Queensland and the City of Gold Coast.

Watch the trailer announce below: 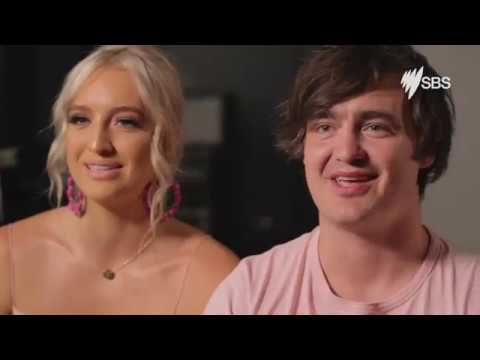 “We’re excited at the prospect of representing Australia in what feels like the pop music Olympics. The fact that this is the first time the show has ever taken part in Australia and letting the public decide who gets to go to the Eurovision Song Contest 2019 is really exciting for us. It will be an historic television event that we look forward to being a part of!”

“I’ve never done anything like this before. I do feel vulnerable putting myself out there in a competitive setting. I’m trying to ignore that element, and thinking of it as a very eclectic celebration of Australian music. I think there will be a lot of solidarity amongst the performers.”

“This opportunity to compete in Eurovision – Australia Decides means everything to me. I’ve been a Eurovision fan since I was young and love the incredible voices and talents that have emerged. I’m going to bring everything I’ve got to the stage. I’ve been working my entire life for this moment, and I can’t wait to perform for you.”

“The Eurovision Song Contest is the Olympics of camp! It’s a flamboyant spectacle and we’re excited to be part of the first ever Eurovision selection show on home soil. We want to tell a story on stage with fierce energy that will hopefully shoot through the cameras and out of the TV screens at home.”

Over 700 original song compositions were submitted to the Eurovision – Australia Decides song portal during a three-week entry period. Shortlisted songs are in the process of being matched with artists.

Eurovision – Australia Decides will be hosted by radio host Myf Warhurst, and comedian Joel Creasey at the Gold Coast Convention and Exhibition Centre. Following the live TV final, voting will be open to the public.