The hip hop superstar expressed his frustrations towards the streaming service's new hateful content policy to its CEO, threatening to pull his own music from the service As reported by Tone Deaf earlier this month, Spotify pulled the music of R. Kelly and XXXTentacion after imposing a new policy that sought to cease the promotion of music that “advocates, or incites hatred or violence against a group or individual.”

Now, hip hop superstar Kendrick Lamar has threatened to pull his music from the platform, after expressing disdain for the policy for unfairly targeting people of colour, according to a new report published by Bloomberg.

It was also revealed that Spotify employees were growing increasingly uncomfortable with the policy, with a US women’s advocacy group also calling for the platform to pull the music of artists like The Red Hot Chili Peppers, Nelly, Eminem, Don Henley of The Eagles, Steven Tyler of Aerosmith who’ve also faced misconduct allegations in the past.

According to the report, Kendrick personally called Spotify Chief Executive Officer Daniel Ek and head of artist relations Troy Carter to express his frustration with the policy, threatening to pull his music from the service if it were to continue.

Since the call, Spotify has begun to re-add rapper XXXTentacion’s music to its playlists, with the streaming service currently  “talking to the music industry and civil-rights activists about how and when to adjust its rules in a manner suitable to both sides. 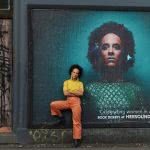 Her Sound, Her Story to examine Australia’s problematic music industry