Kesha will again confront her deep pain in a new behind-the-scenes documentary delving into the making of her career-best, Grammy-winning LP Rainbow.

Created exclusively for Apple Music and set for screening a year after Rainbow‘s release, Rainbow – The Film was directed by Kesha, along with her brother Lagan Sebert and Kevin Hayden (Anna Wintour, Gucci, Selena Gomez), and produced by Magic Seed Productions.

“Making Rainbow the album was such a therapeutic process and given the opportunity to turn it into a three dimensional piece of art has helped me find even deeper healing and catharsis,” said Kesha. “I hope this film inspires others to never give up even if you feel full of hurt or lost, because after the storm comes a rainbow.

“Depression, anxiety and mental illness are things we all need to talk about more, and there is no shame in asking for help,” she added. “Making the decision to work on yourself is the bravest thing you can do. I hope this film helps bring light and love to everyone.”

Watch the trailer for ‘Rainbow – The Film’ below: 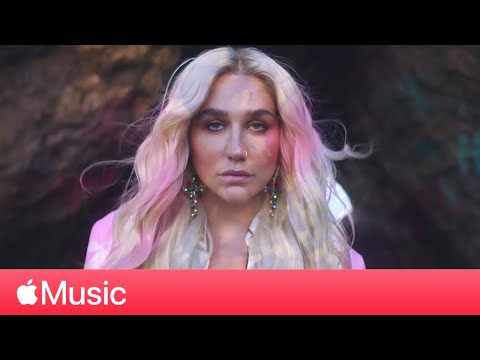 In June this year a new layer was added to Kesha’s ongoing battle against Doctor Luke. Doctor Luke alleged that Kesha once accused him of raping Katy Perry in a text to Lady Gaga.

The documents have been previously referenced, showing that Kesha alleged Doctor Luke of raping an “unspecified female recording artist.”

Early last year, Kesha was denied the possibility of amending counterclaims made against her, that argue she “tarnished” Doctor Luke’s name with ongoing sexual abuse allegations.