It may have taken them a while, but LCD Soundsystem have finally notched up their first #1 album on the Billboard 200 chart with American Dream, Billboard reports.

The album started strongly in its first week, shifting the equivalent of 85,000 units across the week ending September 7, with 81,000 of those being traditional physical or digital sales, and the remainder made up of streams.

With the strong numbers continuing, American Dream will hit the top of the charts on the September 23-dated chart, which will be fully revealed on Billboard tomorrow (September 12).

LCD Soundsystem’s last album, This Is Happening, hit #10 back in 2010 – their strongest result at the time, following on from their 2007 sophomore effort Sound of Silver, which peaked at #46.

Their self-titled debut, which opened with hit single ‘Daft Punk Is Playing At My House’ failed to hit the charts in the U.S., but set the band up strongly, reaching #20 and nabbing a gold certification in the U.K., and eventually shifting ~150,000 copies in the U.S. by 2016.

James Murphy & Co. have probably managed to match that in just a few weeks this time around, helped out by a tie-in promotion offering album downloads with tickets to the band’s upcoming tour. As for the charts, it’s also been helped by a slow week for new music, representing the only new album to debut in the top 10 this week.

Thankfully chart placement doesn’t seem to be hampered by what’s on the cover of the record these days, with American Dream attracting some serious criticism from fans for its bland album artwork, which definitely goes down as one of the ugliest covers we’ve seen in recent times.

Not content with dropping an album’s worth of new music, LCD Soundsystem also unveiled a new song last month that doesn’t actually feature on American Dream – we guess they have a bit left in reserve after being out of the game for so long.

Check out the video for American Dream‘s lead single ‘Tonite’ below. 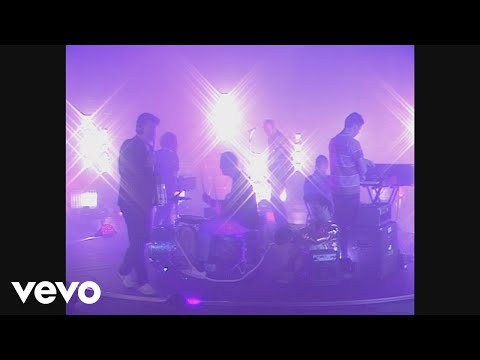