The lean times are with us for at least three or four more years, according to a report into the effect of the COVID-19 crisis on the creative industries. The year 2020 has been a wrench. Buckle in because we haven’t yet seen the worst, according to a new report which warns that three in five U.K. music industry jobs will be lost in the wake of the pandemic and its affect on the live sector.

The dire prediction is presented in a study published by Oxford Economics, which suggests the lean times could continue for several more years, at least.

In it, Britain’s music business is forecast to lose up to 60 per cent of jobs (from 191,000 to 77,000) this year, largely due to the sector being wrecked by the collapse in live entertainment and touring.

The new report, The Projected Economic Impact of COVID-19 on the UK Creative Industries, explores the short-term effects of the health crisis and the subsequent, global lockdown.

It’s a tough read, with the creative sector projected to be hit twice as hard as the wider economy in 2020.

The recovery to the live space will come, but it could take at least three to four years to return to pre-coronavirus levels of activity.

Longer-term consequences across the music industry are “harder to predict,” according to the 54-page study, though disruption to recording and promotion, depleted cash reserves – particularly hitting smaller businesses — and delays in investment decisions “will leave gaps in release schedules, directly impacting rights-based revenues further down the line.”

The U.K.’s live sector, like Australia’s billion-dollar industry, is in meltdown.

Last Friday, the U.K.’s Music Venue Trust issued a statement warning of the loss of up to 90% of grassroots music venues if funding measures are not put in place.

Since then, 560 member venues — including reps for London sites the 100 Club, Union Chapel and Dingwalls — have signed an open letter to the U.K. Government highlighting the need for an immediate £50 million ($90 million) financial support package and a reduction of VAT on future ticket sales.

“Last year there were more than 175,000 events in our venues that gave people the experiences they love and the artists the opportunities they need. Since 20 March there have been no events,” reads the open letter.

“This is because our sector has complied with the Public Health guidance. We did the right thing. We closed to protect our communities.

“We engaged with the government task force and we explored every option available to reopen safely and bring live music back.

“We understand that in order to protect the public, it should not be done until the health guidance changes and we also know that trying to do it is economic folly which would be financially ruinous; not just for us but for our entire sector.

“It is now time for the government to do the right thing.” Australia’s government also hasn’t done the right thing, despite a concerted push from an alliance of trade associations on a proposed $345 million bailout package.

Earlier this month, the Australian music industry sent out an SOS to government as more than 1,000 artists, businesses and personnel from across the music community signed an open letter, pleading for immediate — and meaningful — financial support.

The letter also contained five key requests, including a call for an expansion of JobSeeker to artists and individuals who’ve been excluded, and a longer timeframe to access payments. 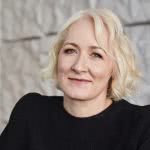 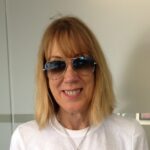