The forum assembles the leading players in live entertainment and sport to prepare for a COVIDSafe return to live action.

Australia’s live music and sports industries are joining forces for the Live Entertainment Industry Forum (LEIF), an historic working group that will tackle the unique challenges created by the coronavirus pandemic.

Chaired by veteran sports administrator James Sutherland, the former CEO of Cricket Australia, LEIF will lead on measures to safely guide those industries out of hibernation and bring back jobs, fans and punters.

LEIF features the cream of the country’s promoters of entertainment and sport, venue managers, and key peak bodies.

Decades of competition and rivalry has been put aside for the common good, as leaders and industry stakeholders from TEG, Live Nation, Frontier Touring, Chugg Entertainment, AEG and more line up for LEIF’s executive committee (see below).

Its objective: reignite an industry which supports over 175,000 Australian jobs and contributes an estimated $150 billion to the national economy.

“Our industry was the first to close during COVID-19 and it will be one of the last to fully re-open,” comments Sutherland in a statement Tuesday announcing LEIF.

As restrictions ease from July and venues begin to open-up with capacity and social distancing restrictions, the Forum will liaise with governments, sporting bodies, venues and audiences to oversee a smooth COVIDSafe reactivation of events.

“We have a roadmap we sort of know where we’re trying to get to, we just don’t know the path that we’re on,” Sutherland tells TIO.

“Everything changes regularly with the virus and with the restrictions. We just hope we can take whatever path it is to make it easier for venues to open doors, get bands back and obviously get jobs back as well.”

The Forum, explains Geoff Jones, CEO of TEG, will aim to work closely with the Federal, State and Territory Governments to “create solutions that get our industry up and running again and help get the many thousands of people who support our industry back to work.”

Sutherland comes to the job with a CV crammed with experience. “He’s very adept at navigating government and he’s a quality exec,” Jones tells TIO. “It’s great we’ve been able to secure him to lead us through this.

“We need to get our voice heard out there and go to governments with coherent plans for a COVIDsafe environment going forward.”

Ego is left at the door. “We’re better as a unified voice, that’s how governments want industries to approach them,” Jones continues. “We realised early on we’re better off downing tools on the competitiveness and working together. That’s gone really well.”

“It’s been a long time in gestation,” he tells TIO, “but now it’s rolling and we’re feeling very confident that we’re going to produce some very effective work for government and for our patrons and fans pretty quickly.”

There’s two parts the forum must deliver on. “We have to reassure government that we’re an organised and responsible industry and that we plan to, as we do always, but articulate in this new world that we have the health and safety of the fans as our No. 1 priority,” Field continues.

“And then we’ve also got to communicate differently to our fans and make sure that they feel comfortable and confident when they come back to shows and the amazing experience of being at a live event with other people.”

In a statement, Field notes, “I am proud that we stand united to work together to make the return to events a reality and for the people of Australia to enjoy the power of live once again.”


Did you know we're constantly giving away FREE stuff? Check out our giveaways here. 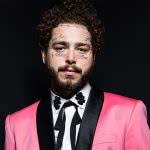