Sydney's night time economy was under the spotlight during a parliamentary hearing on Monday. Sydney, we have a problem. And the lockout laws are at the heart of it.

Speaking at the close of a parliamentary hearing into Sydney’s night time economy on Monday, Roger Field, CEO of Live Nation Australasian, hammered home the harm done by the late night policies and called for immediate change.

Lockout laws “have done reputational damage to the city both in Australia and internationally which we hear from our artist clients and their international touring personnel,” Field explained.

“The only way to address this perception immediately is by sending a clear message that Sydney is open for business, and the removal of lockout laws acknowledges a vibrant night time economy.”

One of those artist clients who reportedly got an unpleasant taste of the laws was Justin Timberlake, who was said to have been blocked from entering his own afterparty whilst on tour here for LN in late 2014.

After completing his sellout 20/20 Experience gig at Sydney Olympic Park, Timberlake headed over to his official aftershow at a club on Oxford Street, only to be denied entry while trying to get in at 1.45am, according to several reports.

Maybe, or maybe not.

JT later tweeted that he was never at Miind nightclub, and he never planned to (though a member of his touring party, DJ Steve, was in the house).

The damage was already done. The story went global and did nothing for Sydney’s reputation. “These anecdotes spread like wildfire through the entertainment industry and global media, and will take some time to recover from,” Field said.

The lockout laws were brought into effect in 2014 by the-then NSW premier Mike Baird as a shield against alcohol-related violence. But the one-size fits all approach has been poison for the creative community, music industry reps and councillors have said.

In an earlier submission to the inquiry, city council said that the number of venues dedicated to live music had been cut by 50% in those five years and, as a result, 500,000 fewer under-35s were visiting Sydney each year.

During his presentation at the second and final hearing Monday, Field said LN had seen a “notable impact” on its ticket sales in Sydney over the years since the laws were introduced. “This culminated in ticket sales and average attendances at our shows in Melbourne eclipsing those in Sydney for the first time ever in 2018, despite Sydney having a larger population.”

Also, noted Field, the 15,000-capacity Rod Laver Arena was under refurbishment for three months in 2017, which meant the trend may well have been realised earlier had the venue been available during that time.

Field also used the platform of the parliamentary committee to explore the inner-city venue landscape, and specifically the “significant loss” to the Sydney CBD that was the demolition of the Sydney Entertainment Centre in 2016.

Sydney is crying out for inner city live entertainment venues, explained Field, and consistent strategy is missing for staging outdoor events at sites such as Centennial and Moore Parks, the Domain and Sydney Opera House Forecourt.

“Sydney has a music community,” Field concluded, “however it has been eroded over time, by a lack of support and investment from government. That said, its passion was illustrated during the NSW election campaign, and having now identified itself to all sides of politics, the opportunity for investment from and collaboration with government is one that which I would encourage the committee recommend be capitalised upon.”

The joint select committee on Sydney’s Night Time Economy received almost 800 submissions, and will report to Parliament by Sept. 30.

Keen Sydney Open’s testimony addressed the “disproportionate attention” given to one-punch deaths over other tragedies, a key plank for the controversial lockout laws, and recommended improved transport, education, licensing reform, cooperation with police, investment in a marketing strategy for the night-time economy as well as an office to oversee its success.

“We need to move Sydney forward from the last five years, and move forward together,” writes Koh in a social media post. “There is too much at stake and too much potential is going to waste. It’s time to unlock the city and we look forward to the Committee’s findings next month.”

Separately, a formal inquiry into music festival regulation in NSW is underway today with a Regulation Committee hearing at state parliament.

The public hearing will be broadcast live from 11:30am, with reps from the Australian Festival Association, the Live Music Office, Live Performance Australia and Secret Sounds due to give evidence. 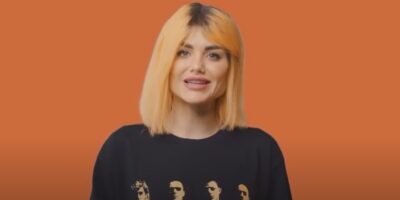