New Zealand pop artist Chelsea Jade couldn’t have imagined that a songwriting workshop in Auckland would lead to U.S. chart success, but that’s the way it looks likely to pan out.

“I slipped Emily my yet-to-be-released record during SongHubs and then when she went on tour with Chainsmokers, I guess she was playing it a lot,” Chelsea Jade told TIO. “Chainsmokers got their A&R to reach out and I was invited to a session.”

This connection resulted in the pair co-writing a number of tracks including ‘You Owe Me’ – which The Chainsmokers released as a single last Friday.

“[Emily Warren is] a kindred spirit,” Chelsea Jade told TIO. “I feel like she understood me immediately. She’s since gone out of her way to be a constant source of encouragement in very active ways.”

If The Chainsmokers’ past performance is any indication, ‘You Owe Me’ is likely to chart in the high reaches of the Billboard 200.

Chelsea Jade told TIO she’s only done a fraction of what she wants to do as an artist. “But writing for others helps me to continually exercise the muscle. It’s also nice to disregard ego when you’re in the room as a writer, helping someone to lift their ideas up.”

Last year she spoke to NZ publication Noted about relocating to L.A. to try her hand at songwriting.

“The whir of the machine is the loudest in LA, and by machine I mean the music industry, and it’s the kind of environment of music that I have always had the most affinity for,” she explained. “I’ve always been in love with pop music, and I guess there’s nowhere better than LA to explore, and to be enveloped by the pop music scene.

“How it goes in LA is that the songwriting game is very much a route you can take, and by that I mean you can just write songs for other people.

“You don’t have to be the performer necessarily, and it’s considered a career.”

Check out ‘You Owe Me’, below. 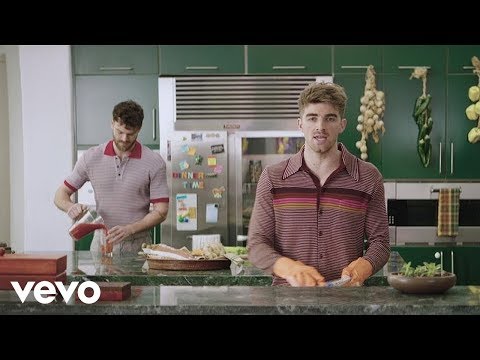