Making of a rap star: 6ix9ine’s roadmap to fame revealed From a nobody outta nowhere in particular, Tekashi 6ix9ine swiftly became that tattooed face always staring back at you. It was all by design, meticulously mapped out over several years, according to the European svengali would was pulling the strings on the young rapper’s streaky rise.

In a tale published Monday in Vulture, the Slovakian businessman and FCK THEM indie rap label chief Yaksha opened up his playbook which helped turn 6ix9ine into one of the hottest properties in hip-hop last year.

Not for the first time, Yaksha — characterised in the story as “Bratislava’s Sean ‘Puffy’ Combs’ — and his team hatched a so-called “off-kilter marketing plan” which would see the young artist leave the comforts of home. 6ix9ine relocated to Europe where he would shape his profile as a credible artist, then make the return trip, “From Europe Back to America,” as he described it.

The buzz was built out of the use of wild imagery – coupled with his lairy hair and street lyrics — that’s just fine in the US of A but freaked out audiences in Eastern Europe, according to Yaksha. The result: headlines. And publicity was converted into cash on their return to the United States, where his November 2018 release Dummy Boy narrowly missed out on top billing on the Billboard 200 albums chart. 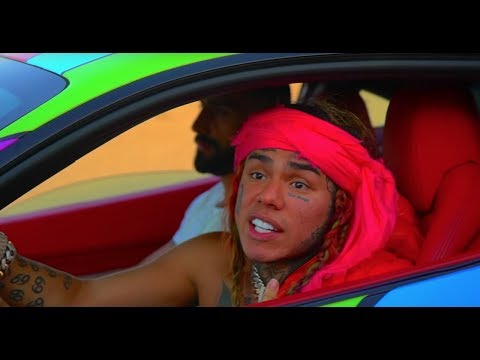 “His first fan base was from Europe,” Yaksha explains. “It was from Slovakia and Czech Republic, very small countries in Europe. And yes, it was his first fan base. And our plan was take his music to Europe, here he will grow up and after it, he will come back to U.S. and he will continue in his career.”

This story, of course, has taken a sharp left turn with 6ix9ine, born Daniel Hernandez in Bushwick, Brooklyn, now languishing in jail and facing life for six charges that include conspiracy to commit murder and armed robbery.

In the Vulture piece, Yaksha distances himself from 6ix9ine’s badboy behaviour which got him locked up. The kid who boasted he would be “the biggest artist from New York” was determined to plant a tattoo of himself on his own face, a ridiculous play for attention, recounts the label honcho.

“When he started making money and posting pictures with big money I told him, ‘Hey, bro, maybe keep calm,’” Yaksha explains. “‘People like you like humble artist and genius. You changed into classic rapper.’ I was thinking that the people around him came with the fame. They will be for a few weeks, a few months, and they’ll go away. Here in Europe, it was visible it had a good influence on him. He was acting differently. In a good way.”