The ABC are currently dealing with ways to increase security measures, after it was announced that triple j host Gen Fricker was assaulted while on air last week.

As the ABC reports, 31-year-old Kieren Gallagher of Wollongong is believed to have unlawfully entered the broadcaster’s Ultimo offices by tailgating an employee on September 5th.

Mr. Gallagher reportedly managed to force his way into the studio before grabbing and kissing Gen Fricker, who was on air at the time.

After evacuating the premises, police conducted a search for Mr. Gallagher, before they found him at Central Station station this morning, at which point he was taken to a nearby police station.

As The Sydney Morning Herald notes, court documents reveal that Mr. Gallagher had been stalking Gen Fricker for a number of months “with the intention of causing her physical or mental harm”.

The charges against Mr. Gallagher have currently been adjourned while he undergoes a mental health assessment.

Following the incident, the ABC have looked into methods of tightening security, releasing a memo to staff today which outlined the current state of affairs.

“Following this incident, we have increased security guards at Ultimo,” the memo explained. “There may be increased checks on IDs, security attention at all building entry points and escalated physical security improvement works.”

“The ABC is committed to ensuring the safety and wellbeing of all staff and visitors but it is very much a team effort requiring the participation of all staff to be effective.”

A spokesperson for the ABC released a statement today which addressed the issue, and noted that the broadcaster were doing everything they can to ensure it does not happen again.

“There was a security incident at the ABC Ultimo Centre last week. A man has been arrested and the matter is now before the court,” the spokesperson explained. “All affected employees are receiving support and have asked for privacy.”

“The security and safety of our employees is of paramount importance and the ABC is reviewing the incident.”

Sadly, this assault on Gen Fricker occurred just a few months after the presenter released an impassioned statement in regards to assault in the wake of Melbourne comedian Eurydice Dixon’s tragic death.

“So, while I see women trying to solve this problem I think something to keep in mind,” Gen Fricker wrote.

“If you are a man and you see your friends making someone feel uncomfortable, if you see them making a remark to a woman or you see your mates on social media attack a woman or say something nasty about her: call them out.”

“That’s where this starts. These men aren’t formed in a vacuum. It’s not like that. It grows from those little things. So, I think if you really feel powerless in the face of something as tragic as this, that is one thing you can do to make women feel safer.” 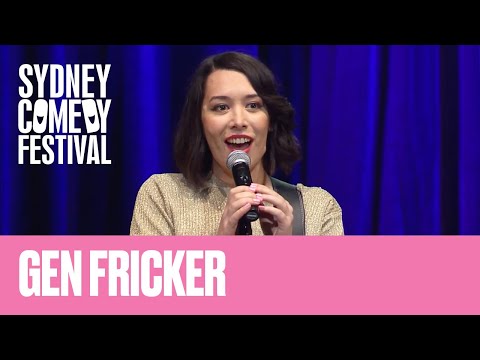