Matt & Alex are reuniting for the 2019 ARIA Awards The 2019 ARIA Awards are still a couple of weeks away, but it’s already shaping up to be a big one, with the news that beloved triple j hosts Matt & Alex are set to reunite for the event.

When Matt & Alex announced that they would be departing the triple j airwaves in 2016, you could barely hear the news over the sound of thousands of hearts collectively breaking around the country.

Since then, there’s been calls for a full-fledged on-air reunion for the pair, while Matt Okine himself said he “wouldn’t rule out” a return to radio for he and Alex Dyson.

Now, with the 2019 ARIA Awards taking place on November 27th, one of Australian radio’s most beloved pairs are set to reunite for the event, with the news being announced via the ARIAs’ partnership with YouTube Music earlier today.

Sharing an emotional video about the pair’s longing to get back together, we’re treated by the haunting sounds of INXS’ ‘Never Tear Us Apart’ as both Matt and Alex are seen clearly missing the companionship (and professional relationship) that the other provided for so long.

While the reunion hints at some big surprises from the pair of iconic broadcasters, it seems we’ll have to wait and see just what is on offer exactly. But what we do know is that this is one reunion Aussies have been hanging out for for some time. Here’s hoping it might inspire a return to radio for the duo!

The 2019 ARIA Awards are set to take place the Star Event Centre, and broadcast around Australia on the Nine Network. Check out the full list of nominees here.

Check out Matt & Alex reuniting for the ARIA Awards: 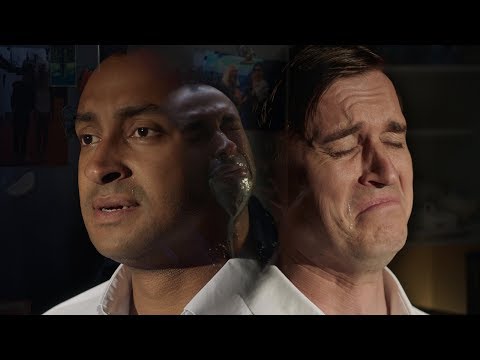