Melbourne’s iconic Reverence Hotel to shut its doors next year The Melbourne music scene is set to lose one of its most beloved venues next year, with Footscray’s Reverence Hotel announcing its decision to close.

Since 2012, the Reverence Hotel has served as one of the finest venues in Melbourne’s Western Suburbs. Owned and operated by The Smith Street Band drummer Matt Bodiam and partner Melanie, the venue has become famed for its laidback atmosphere, and copious amount of live shows.

Playing host to local bands such as Luca Brasi, Blueline Medic, and The Bennies, the venue has also seen famed international acts grace its stages, including Teenage Bottlerocket, AJJ, and Jeff Rosenstock.

Now, the venue has announced that difficulties in obtaining a longterm lease and personal issues will see the Rev shut its doors in March.

Taking to Facebook this morning, the venue broke the news to its legions of dedicated supporters.

“We haven’t managed to secure another lease on the pub and have been operating on a month-to-month basis. Without a lease or any certainty for a home, we are unable to plan long term and have had to stop investing back into the venue.”

“Looking back we are really proud of our achievements, the community that has congregated, and the memories that have been made are immense,” they continued. “What we’ve created here has far surpassed our expectations!”

“We know we couldn’t have done it without a lot of help, particularly in the beginning. A lot of friends (old and new) contributed a lot of energy and effort in so many ways, and to them we are eternally grateful.”

While the venue has announced that its final day of business will be on March 2nd, they’ve also made it clear that they plan to go out with a band, noting that there will be plenty of shows announced for the coming months.

The Reverence Hotel also made headlines earlier this year when their weekly ‘Taco Tuesday’ was met with a threat of legal action from Mexican food chain Salsas Fresh Mex.

“I can’t believe someone can trademark ‘Taco Tuesday’,” remarked Matt Bodiam at the time. “It would be like trademarking ‘Happy Hour’ or ‘Tight-Arse Tuesday’, although perhaps someone has trademarked those as well.”

To combat this legal threat, the venue jokingly changed the name of its weekly Mexican night to ‘Taco “Sues’Day”‘, showcasing their tongue-in-cheek sense of humour.

With only a matter of months to go until one of Melbourne’s iconic venues shuts its doors, make sure you keep an eye on The Rev’s Facebook page for upcoming gigs and further info, and give it the farewell that it deserves.

Check out The Smith Street Band’s Wil Wagner at The Reverence Hotel: 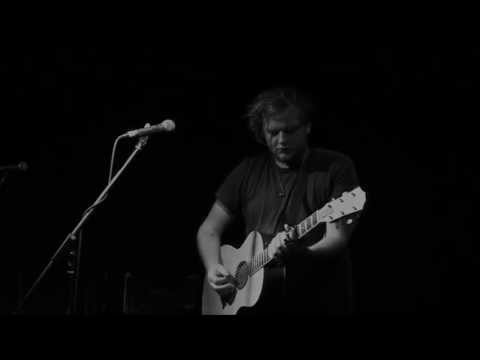