The Songwriters Hall of Fame have announced the nominees for its 2019 induction ceremony.

While the Rock and Roll Hall of Fame tends to make the headlines for a variety of infamous reasons each year, its less-publicised predecessor often gets overlooked. Now, the Songwriters Hall of Fame have unveiled the list of nominees who will go on to make up their class of 2019.

As Billboard reports, this year’s list of nominees include a rather historic inclusion, with Missy Elliott becoming the first female rapper nominated in the Hall of Fame’s history.

If inducted, Missy Elliott would become the third rapper to enter the Songwriters Hall of Fame, following Jay-Z’s 2017 induction, and Jermaine Dupri earlier this year.

https://t.co/M5lXo80Oz2 i am Humbly Grateful to be nominated with so many other AMAZING writers🙏🏾 Congratulations to all of them also🙌🏾

As always, a series of non-performers have also been nominated, including Jack Tempchin and Jerry Fuller, while non-performing songwriting duos such as Dan Penn and Spooner Oldham, and Dean Pitchford and Michael Gore have also been recognised.

Six nominees are set to be inducted into the Songwriters Hall of Fame on June 13th, 2019, when their 50th annual awards ceremony takes place in New York. Incidentally, this will also mark the tenth anniversary of the Hall of Fame’s physical existence, with a museum in Los Angeles’ Grammy Museum having opened back in 2010.

Songwriters become eligible for induction into the Hall of Fame after having written hit songs for at least 20 years.

Check out Missy Elliott’s ‘Get Ur Freak On’: 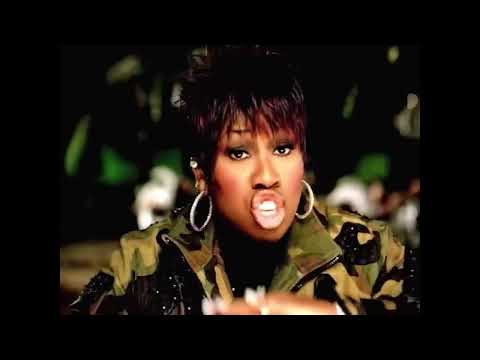