Moments that rocked the Australian music industry in 2017 2017. A lot happened. A lot of it was terrible, but ultimately led to big change.

A lot of it was just terrible.

Still, there was a lot of good, too, and we hope to highlight the highs as well as the lows in our list of moments that rocked the industry this year.

It’s getting closer to Christmas, after all, so let’s celebrate. But first, a song. 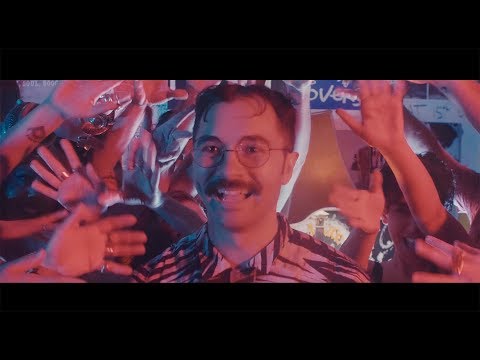 Powderfinger’s Splendour In The Grass reformation

Splendour In The Grass is one of the most important events on the Australian music calendar with iconic moments popping up every year, increasing the level of FOMO you have if you weren’t there just that little bit earlier/later/less-drunk. During Bernard Fanning’s prime real estate mid-afternoon/ early evening set, his former bandmates (excluding drummer, John Coghill, who later stated he wasn’t told this was happening) joined the stage for a jam of the classic track Baby I’ve Got You (On My Mind). Unfortunately, the reunion was only a spontaneous one-off – sorry if you missed out!

In March, every single song from Ed Sheeran’s Divide — all sixteen of them — land in the ARIA Top 40 charts. Frankly, it looked ridiculous, and prompted us to publish a slightly doomsdayish article named ‘How do we fix the singles chart?‘ within which we stepped out a future where massive albums routinely land 12-18 songs in the Top 40, pushing out legitimate slow-burning singles that will never get the chance the climb the charts. Thankfully, Sheeran’s week of glory remains an anomaly – as his singular sales success in Australia has shown.

After a decade with the national youth broadcaster, Findlay stepped into Richard Kingsmill’s role as Music Director this April, as Kingsmill moved to work under the title Group Music Director. Findlay had filled Kingsmill’s shoes before; he stepped in as Acting Music Director in 2012 when Kingsmill took long service leave – and had played a crucial role in shaping the sound and success of triple j long before that.

2017 saw the passing of numerous beloved figures in the music industry, who have and will continue to be honoured elsewhere. In this list we’d like to focus on the passing of The Australian’s longtime music critic and reporter Iain Shedden, who passed in October. The Scottish-born Shedden was beloved by musicians, label staff, promoters and fellow journalists for his wry humour, measured opinions and impeccable bullshit detector. ARIA paid tribute to him by naming the media room at the awards in his honour.

Slowly, the silly lock out laws that have plagued Sydney’s nightlife over the past few years are being relaxed, as a number of inner-city venues received lock out extensions this year. Chinese Laundry, Oxford Art Factory, The Basement, World Bar and dozens of others are now able to accept punters until 2am, with last drinks served at 3:30pm – a thirty minute extension. It’s hardly a revolution, but it’s progress at least.

Despite the disgusting way in which we were all prompted to vote whether or not a sector of citizens in our society will receive fundamental human rights, it at least galvanised the music industry in the most heartening way – with the entire industry standing up and urging others to vote YES. A massive stadium festival, with a stacked lineup of artists donating their talents was promptly organised. It collapsed within a few weeks due to infrastructural issues, but the display of support it represented was heard loud and clear. Australia voted YES, same-sex marriage is now legal, and we float further towards progress.

Australia’s most attention-craving champion of gimmickry and tepid pop music, Kirin J Callinan, showcased his aptitude for social tone deafness and inability to assess the consequences of his actions on the ARIAs red carpet this year. What gets you an $1100 fine and 6-month jail period in New South Wales, and is classed as a form of sexual assault? Flashing in public, and that’s exactly what the critique of all things masculine and traditionally gendered did! Kirin managed to convey to the crowd (of mostly teenage girls) that any male, under the guise of ‘artistry’ or not is allowed to bask in the glory of their bodies within the presence of whomever they please. Sounds awfully socially progressive and subversive right? Just like Kirin’s blackface in the centerfold of his 2017 album, Bravado! In the wake of recent events calling for change in the music industry, this was a total misstep from the songwriter, who is still yet to apologise for his actions.

It was a red hot conversation that became a roaring fire. Australia Day and what that very date represents is a controversial subject. A day of tragedy for many Australians; celebrating music and life through a publicly-funded national broadcaster on such a day felt incongruous at best, and insulting at the least. After speaking to numerous bodies, conducting careful research, and considering all options, triple j announced in November that they would be changing the date of the Hottest 100. It now falls on the final weekend of January. There was the obvious blow-back as there is with all change, but we feel it was a wise and inspired decision by the station. Bravo!

It begins here. Change is coming.