Everything you need to know about the Mountain Sounds liquidation Following the removal of a number of acts, NSW regional festival Mountain Sounds recently announced the cancellation of its fifth reincarnation. Today, news broke that the festival’s company was going into voluntary liquidation.

With this in mind, we’ve decided to investigate to find the deep-rooted causes of this festival’s closure.

Festival organisers cited a “government war on festivals” as being to blame for its closure. The prospect of allegedly forking out an additional $200,000 to cover police attendance was a huge blow – only weeks out from the event.

The Australian music industry was reeling, and even carried out a Sydney rally against the New South Wales State Government’s recently-introduced festival legislation.

TIO, however, understands that there are many long-term issues that lie within this event’s directorial team. We’ve gathered the evidence. This festival has had its time, and that time is well and truly over.

Aussie indie icon Courtney Barnett‘s huge album Tell Me How You Really Feel had punters hyped for her coveted Friday night slot. Barnett is now owed a total of approx. $95,700.

Eventbrite have commented that “full refunds have been issued to all ticket-holders who purchased their tickets through the Eventbrite platform,” despite the fact that the festival held a ‘no refunds’ policy.

Mountain Sounds engaged the services of an Australian company for the second edition of the festival, though the agreed-upon funds were never paid by organisers.

A representative from the company commented, “My organisation was contracted in 2016 to provide a service for Mountain Sounds for $500. We provided the service, meeting the brief to an absolute tee within the allotted two weeks we mutually agreed to provide it within after the festival.”

They met the required project outcomes and provided all work on-time, but Mountain Sounds failed to pay the full sum.

The representative adds, “We did not receive payment of our invoice nor a single piece of correspondence, until a phone call 3 months to the day after the festival, offering us 10 times less than the initially agreed price, citing that a similar company had agreed to provide their service for the same price.”

“We refused, and never heard anything again.”

MAKER are owed a total of approx. $161,700. Their high-profile electronic artist What So Not was scheduled to play in the evening of the Friday.

Check out What So Not’s ‘Divide & Conquer’: 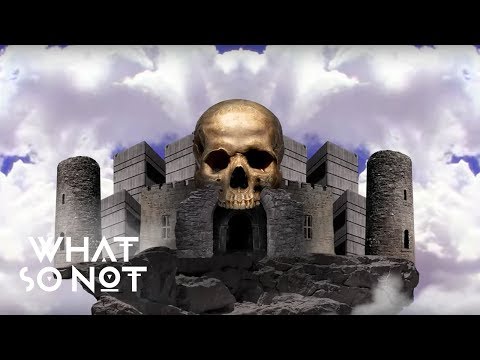 Prestigious bookers WME Entertainment are owed a total of $42,625. ‘Chateau’ hit-makers Angus & Julia Stone are on their roster and were scheduled to headline the Saturday evening slot.

Note: Courtney Barnett and MAKER Agency are both owed money. Due to their fees being partly paid prior to booking, it is unclear how much that figure is.

The Industry Observer has reached out to Mountain Sounds for comment.