Michael Gudinski’s Music From the Home Front was a ratings hit. Michael Gudinski’s Music From the Home Front was a ratings hit.

The three-hour-plus music extravaganza drew 815,000 metro viewer on Saturday night, giving Nine the night’s ratings crown and helping the network to the biggest audience share across the week, according to OzTAM data.

A peak national audience of 1.419 tuned in on the night for an average of almost 1.16 million.

Music From The Home Front was created as a celebration of those on the frontline fighting COVID-19, and to recognise servicemen and women on Anzac Day, which this year was scaled-back due to social distancing restrictions.

“Something this would take at least two months of planning,” Gudinski told TIO ahead of the show, “let alone the environment we’re living in.”

Gudinski deployed an army of supporters while Jimmy Barnes, who performed twice on the night, served as his “right hand.” Notes Gudinski, “I’m not a musician and he has music tastes that are much different. He’s been the one that’s helped me with songs.”

#HomeFront kicking off with an Aussie anthem – Share your messages for the frontline workers with us. pic.twitter.com/SGbhB10Zvl

Barnes was one of 50-plus performers, joining the likes of Kevin Parker, Tones And I, James Reyne and Mark Seymour, Courtney Barnett, DMA’s, Guy Sebastian and Delta Goodrem. There was “another hundred acts” would could have slotted into the bill, Gudinski admits.

For more information on the concert and for merch, visit MusicFromTheHomeFront.com.au. Stream highlights here.

Check out the full line-up: 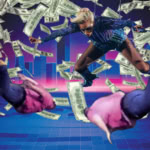