If deeper ties and collaboration is the future of the music industry, Australia’s Future Classic is right at the forefront.

Launching with the re-release of the undeniably special ‘Applesauce’ from 19-year-old Indiana-based singer and producer Sam.Sts, Wilder is somewhat of a super label with Future Classic breaking acts like Flume and Nick Murphy/Chet Faker, and Tom Windish setting new touring market standards with Lorde and Billie Eilish, among many others.

In the Q&A below, Nathan McLay, founder and CEO of Future Classic chats about how Wilder came about, FC’s approach to A&R, and what he can do now with Windish that he couldn’t do previously.

How long did it take from first conversation to now for this partnership to come together?

We’ve known each other years but have it’s really been over the last six months we’ve been getting into this project. The initial chats were mostly philosophical ones about the changing state of the business and our respective perspectives on that.

What can Wilder do that Future Classic can’t?

It’s the same team with the addition of Tom. We work with him as an agent on a number of projects so we’re used to that team makeup albeit with a different focus this time. I’m just excited to be able to go deeper on A&R with him and do everything we can to collectively help our artists succeed.

Can you offer some insight into that?

We’ve always been inspired by taking things from zero, starting at the beginning of an artist’s career and building with them over several years. Maybe it’s the DJ instinct of searching for undiscovered gems, the lesser known the better, and bringing them to wider audiences.

It’s nice for Tom to recognise the artist development in our DNA as it’s central to what we do without us having necessarily articulated it previously.

Tell us what it is about Sam.Sts that really had you hooked?

‘Applesauce’ was a pretty immediate song for me but then on meeting Sam and hearing more music it all just increased my initial good feelings about him and his talent. It’s early in his career and, to his credit, he’s in no rush – but he’s rad and it’s happening.

Tell us about the support and team around Wilder.

Future Classic deals direct with DSPs. We have a longstanding partnership with M Theory who keep a pretty low profile but provide manager services for clients including Major Lazer, the xx, J Cole and many others, and are some of the smartest guys in the business.

They work across all FC projects, both our management and label clients, so form part of the Wilder team as do a bunch of freelance guns for hire. In addition to our frequent partners we are always working with new people, fine tuning teams depending on the project.

What are the wider plans for Wilder?

The plans for now are to do a single every month or so and shine light on some great artists. Who knows from there, maybe longer-form projects, we’ll see how it goes and approach it organically.

What would you say the difference is between a prospective Future Classic artist and a Wilder artist?

This came together from our shared common ground with regards to artists and philosophy; so in one sense they are one in the same. Future Classic comprises a management company, record label and music publishing infrastructure so it’s remit is wider in scope.

In contrast Wilder (for now at least) is very specific – it’s a singles imprint creating attention for artists early in their career. It’s a way for these artists to build equity in themselves and expose them to some great contacts and opportunities while not committing them to anything long term.

Watch the video for ‘Applesauce’ below: 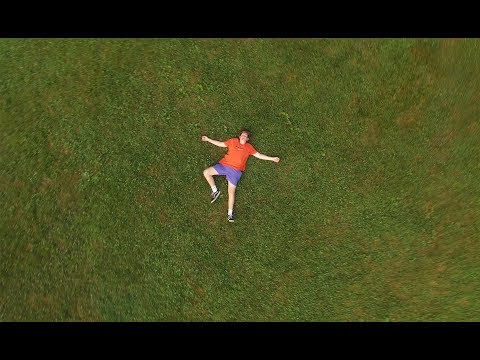