Neil Young has become the latest in a growing series of musicians who are asking that US President Donald Trump refrains from using their music at rallies.

Over the last week, plenty of musicians have let it be known they’re not exactly fond of Donald Trump using their music for his political rallies.

After Pharrell Williams recently took issue with the use of his song ‘Happy’, both Guns N’ Roses’ Axl Rose and Rihanna have since hit back at the controversial US President.

While we recently took a look at whether or not artists can actually prevent politicians from using their music, Neil Young has now explicitly denied Trump permission to use tracks like ‘Rockin’ In The Free World’.

First though, a bit of context. You might remember how back in 2015, Canadian rocker Neil Young claimed that Donald Trump “wasn’t authorised” to use his 1989 song ‘Rockin’ in the Free World’ at the launch of his presidential campaign.

Soon after Young’s comments, Trump’s campaign manager said they did in fact pay for the rights to use the song, and it was soon proven that legally, they had free reign to use his music whenever they please. Now, Neil Young has made his feelings on the matter quite clear yet again.

For the nonbeliever, here is a photo of @Neilyoung in my office and his $$ request—total hypocrite. pic.twitter.com/Xm4BJvetIa

.@Neilyoung’s song, “Rockin’ In The Free World” was just one of 10 songs used as background music. Didn’t love it anyway.

Taking to his website today, Young wrote that while he denies Trump permission to use his music, he concedes that he has no legal recourse to stop him.

“[Donald Trump] does not have my permission to use the song ‘Rockin’ in the Free World’ at his appearances,” Neil Young wrote. “Legally, he has the right to, however it goes against my wishes.”

“I made this perfectly clear after he played it in a media moment to announce his candidacy. I asked him then, in a widely shared, public letter to cease and desist.”

“This man does not represent the character of the people in the USA that I have come to know and love.”

While Donald Trump is yet to respond to Neil Young’s recent comments, a spokesperson for Trump explained to Rolling Stone back in 2015 that, “Mr. Trump is a huge fan of Neil Young and his music and will continue to be regardless of Neil’s political views.”

Check out Neil Young’s ‘Rockin’ In The Free World’: 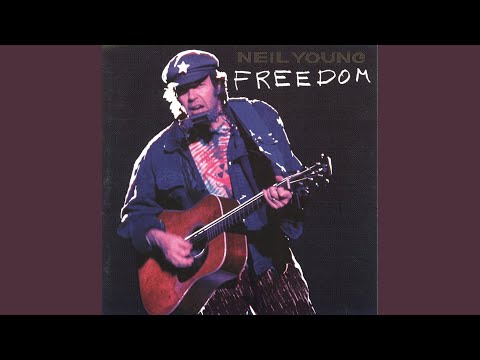