No Frills Twins ink major label deal, Sia and The Weeknd to play Sydney on same night, and more

No Frills Twins Sign to Island Records/Universal Music. They have amassed over 8 million video views on their YouTube channel. Watch their self-directed and produced ‘Love Me Tender’ video below: 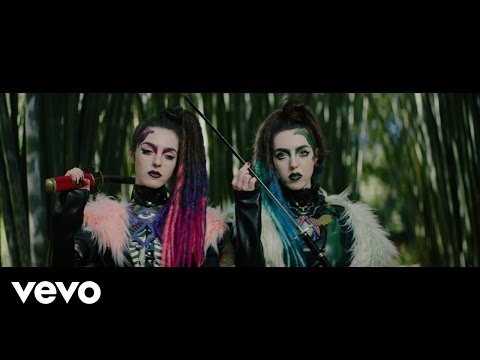 Grammys update: For Album of the Year, the Recording Academy states that, moving forward, “all music creators (songwriters, producers, engineers, mixers, mastering engineers, featured artists) credited with at least 33 percent or more playing time on the winning album will be eligible to receive a GRAMMY for Album Of The Year. Previously, songwriters were not recognised in this category.” – via Hot New Hip Hop

The CEO of Sony Music Entertainment worldwide, Rob Stringer, is to be honoured with the Music Industry Trusts Award this November, in recognition of his outstanding contribution to the music industry. – via RotD

Sia and The Weeknd are playing on the very same night: December 2 in Sydney – via Pedestrian

Return to Rio is back this November 3-5 with Carl Cox and Eric Powell who will be dominating Del Rio with 12-long hours of funk, soul, disco, classic house – via Facebook

Rumor Mill: Beyonce is in Labor – via VVN

Canada’s SOCAN collected record-setting $249m in royalties for 2016. – via Billboard

The next iPhone will have wireless charging, according to Apple supplier – via The Verge

Over 16 million virtual reality headsets will be in use in the UK by 2021, up from around two million at the beginning of this year, analysts have said. – via Times

BuzzAngle Music will integrate global data from Shazam, marking the first time that data is available in a comprehensive analytics platform. – via AllAccess

Amazon Comes Out on Top Against Competitors for smart speakers: 17% said they were most likely to buy Amazon echo, followed by the Echo Dot at 11%, Google Home at 11%, Apple HomePod at 9%, Sonos Play:1 at 2% and Sonos Play:3 at 2% – via Hypebot

Sydney scores a ’90s Aussie music party with You Am I, Killing Heidi, and more – via Brag

Keith Richards has been left “devastated” following the death of his former lover Anita Pallenberg who died aged 73 last night. – via Mirror

Long-serving Sony Music executive Adam Granite is leaving the label after 21 years having served as President, Northern & Eastern Europe and Africa since 2011. – via MBW