NZ’s Devilskin take on Europe, target Australia with next album Kiwi hard rockers Devilskin have just embarked on their biggest European tour to date, but manager James Southgate says Australia remains very much on their radar.

The Hamilton band — whose debut 2014 album We Rise knocked Ed Sheeran’s X off the top of the NZ chart — will be supporting Halestorm in Europe throughout October before embarking on their own headline tour in the UK through November.

Southgate, the former managing director of Warner Music NZ, says the European dates with Halestorm will see Devilskin reach some of their biggest audiences to date, so it’s a massive opportunity for the band.

However, next year the band also intends focusing its attention on the Australian market. Devilskin will begin recording their third studio album — their award-winning 2016 LP Be Like The River also went straight to No. 1 in their homeland — when they return from Europe and its release next year will provide them with a platform for a new assault on the Australian market.

“We haven’t done a lot of tours in Australia,” Southgate admits. “But we certainly want to continue to build the vibe in Australia and we’ve been getting a lot of communication saying ‘get your arses back here’ so we really do need to be in the marketplace again!

“We have a number of shows planned for early in the year and then we will go to Australia for a proper tour after the album is released.”

A release date is still to be confirmed, but at this stage Southgate says the band hopes to have the album out towards the middle of the year. Last month, Devilskin gave fans an early taste of what to expect from their new record with the release of single “Endo,” which was inspired by singer Jennie Skulander’s battle with endometriosis. She describes the song as a “cathartic exorcism” of her own personal demons and follows on from her undergoing surgery for Stage 4 Endometriosis. 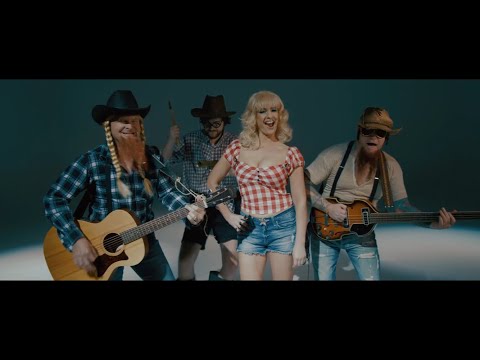 Right from the outset, Devilskin has followed a determinedly indie path, self-releasing their albums, with physical and digital distribution being handled on their home turf by Rhythmethod and DRM NZ. That is set to continue, although Southgate believes labels still have a hugely important role to play.

“Some bands need labels, some bands don’t,” he says. “In the case of Devilskin, they had the ability to finance themselves and, with my experience, they have had the knowledge to be able to market and sell themselves.

“Other bands who don’t have money or experience, but have great music, they probably are in need of signing to a label who can help fund them and who know how to sell and market their releases. Even though the market has changed, the same principles apply today as they did in the past.”