Just as beefs and discontent inform some of the best music ever made, a backhanded comment made by French Champagne mogul Frederic Rouzaud (Louis Roederer’s managing director) motivated Jay Z to create what is now one of his most valuable assets.

In a now infamous interview with The Economist in 2006, Rouzaud was asked if the association with rappers like Notorious B.I.G., Jay-Z, Diddy, could have a negative affect on the brand. He said, “That’s a good question, but what can we do? We can’t forbid people from buying it. I’m sure Dom Pérignon or Krug would be delighted to have their business.”

As outlined in a video created by Business Insider, Jay Z swiftly launched a Cristal boycott and began his mission to leverage his fame beyond his music, investing heavily in the alcohol industry.

“It has come to my attention that the managing director of Cristal, Frédéric Rouzaud, views the ‘hip-hop’ culture as ‘unwelcome attention’”, said Jay Z at the time. “I view his comments as racist and will no longer support any of his products through any of my various brands, including the 40/40 Club, nor in my personal life.”

The rap magnate invested in French champagne brand Armand de Brignac, nicknamed Ace of Spades because of its logo. He also has a Cognac brand called D’USSÉ, a joint venture with Bacardi.

In 2007, Diddy inked a deal with Ciroc vodka at a time when Ciroc didn’t have a huge name – aside from being the drink of choice of a few retired NFL players like Earl Little who was one of its first US ambassadors. In fact, it was the 50th ranked vodka brand when Diddy stepped in.

Diddy‘s marketing prowess and unrelenting salesmanship included giving himself the moniker ‘Ciroc Obama’ to cash in on Barack Obama’s Presidency run at the time and the ‘Let’s Get It’ video, narrated by Combs and directed by Emmy Award winner Zach Heinzerling.

Watch the ‘Let’s Get It’ marketing video for Ciroc below:

Following Diddy’s involvement with the brand, Ciroc moved up to become #2 in the premium vodka category, with Grey Goose at #1. It now moves around 2 million cases a year.

So what do Diddy’s vodka brand and Jay Z’s Cristal boycott have to do with cheap grapes?

Both Jay Z and Diddy use what’s considered a cheap grape as the basis of their products. The Trebbiano is one of the most widely planted grape varieties in the world. Wine aficionados have even called the grape ‘filler’ or ‘table wine’.

“Of course they’re not going to get the most expensive grape, because in order to do well in a product you have to have low cost and you have to have a high price,” he said. “They have grasped that better than anybody and the success that they’ve had certainly goes to prove that as well.”

Watch the full background story from Business Insider below: 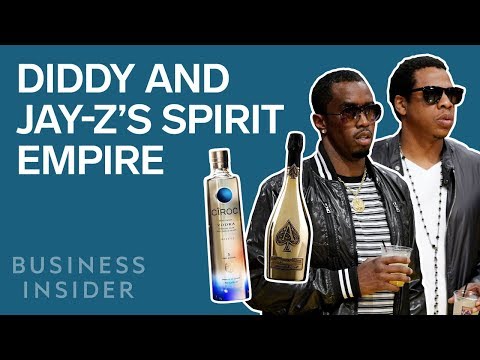