As some of the leading players in the world of electronic and dance music get busy with their to-do list ahead of next month’s debut Orbit DJ Retreats in Ibiza, organisers are already looking ahead to a launch next year in Australia, TIO can reveal.

The inaugural Balearics gathering will take place Oct. 6-11 at Freds Finca, in the heart of a UNESCO protected national park, where attendees will be coached on all the essentials, from audio and technical skills, to business, health and wellbeing and more.

It’s shaping up as an “immersive and holistic learning experience” for DJs, producers and music industry professionals, explains Orbit co-founder Doorly. Ibiza is a natural launch pad for the retreat, and Australia is the obvious next step.

“Australia is a part of the world that I have always enjoyed performing more than any other and I always find so much potential when I’m over there on tour. It’s a melting pot of talent and positivity,” the veteran British DJ and producer tells TIO. “Maybe it’s the sunshine, maybe it’s just the Aussie way but we can’t wait to be set up camp in Australia in 2020.” 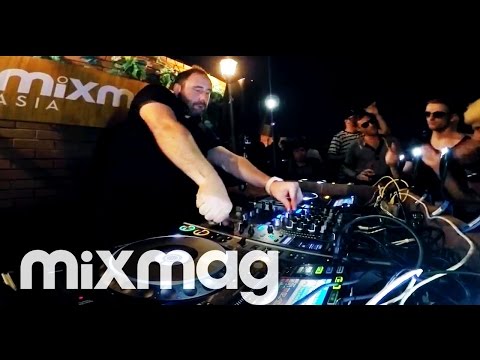 A location has yet to be announced, but Byron Bay is certainly on the radar. “Our live music scene still flourishes down under, but the club scene has dwindled over the past 5 years so there are less tangible opportunities for DJs,” explains Dom Furber, director of Sydney-based Paxx Group and founder/partner in Orbit.

“However, we’re still one of the best electronic markets in the world (and we) want to give the next gen of exports the tools ranging from production skills to mental health awareness to expedite their success.”

Doorly has already staged three educational academies in Ibiza, the unofficial dance music capital of the world, and bringing his model to Australia is “a natural progression,” explains Furber.

Joining next month’s five-day retreat will be certified tutors from Ableton, Pioneer and Logic, plus professionals from across the music and entertainment industries, including Matt Robson-Scott from Gorgon City; DJ, promoter and radio veteran Rob Da Bank; techno DJ and producer Juliet Fox; and reps from Ibiza Rocks, Pacha Group, Paxx Group, Avalon Hollywood, Crockford Management and others.

The Australian delegation will include Leisurely Management’s Samuel Beck, Hugh Cruickshank from Audiopaxx, and Furber.

The first Orbit will feature the Sleep Retreat led by Camp Bestival co-founders Josie and Rob Da Bank. The pair will help teach and encourage ways to relax, unwind, switch-off and, hopefully, enjoy restful sleep, something that’s in short supply for the music industry and globe-trotting DJs, who work when the rest of us are down for the night.

For this particular Sleep Retreat, the Da Banks will focus on some of the issues that late-night careerists suffer from, including looking after body and mind, helping with anxiety and “learning tricks to keep yourself sane,” by using yoga, breathwork coaching, meditation and other methods, Rob Da Bank tells TIO.

The veteran British music man swears by a good night’s sleep. “Touch wood I’ve never had a big problem with sleep itself and love a good eight hours most nights, which we all should be aiming for at least. I’ve had brushes with mild anxiety, worry and stress,” he adds, “and am very much on a path myself to help myself as well as others overcome and live with various conditions. We’re all learning all the time”

Also, Ian Hurst, co-founder and trainer with mental health advocates We Are Hummingbird, will be on hand throughout the gathering for workshops and to share information and advice.

For more on the Orbit DJ Retreats in Ibiza visit orbitdjretreats.com.