A law firm believe hundreds of individuals were strip searched at Splendour in the Grass unlawfully from 2016 onwards. People who were strip searched at Splendour in the Grass could be entitled to thousands in compensation.

As reported by triple j’s Hack, lawyers believe hundreds of individuals were strip searched at the festival unlawfully from 2016 onwards.

“We think that people who have undergone an unlawful strip search will be entitled to substantial compensation, so in serious cases, the compensation could be tens of thousands of dollars,” Ebony Birchall, class actions lawyer at Slater and Gordon said.

“We haven’t seen a class action in relation to unlawful strip searches in Australia… so we think this is a really unique and important way to clarify strip search law, and to highlight this issue, and importantly, to get compensation for people who have been impacted by these unlawful searches.”

Slater and Gordon and Redfern Legal Centre launched an investigation into NSW Police strip searches in 2020, finding some major issues when it came to strip searches.

“The (NSW Police Watchdog) the Law Enforcement Conduct Commission has investigated strip searches at Splendour in the Grass already and they’ve made findings that show that police lack training and didn’t understand the legal safeguards around strip searches,” Birchall revealed.

The legislation surrounding strip searches in NSW hasn’t changed, despite several inquiries and recommendations from the police watchdog and the state’s Coroner over the years. Amongst several contentious incidents, lawyers for the class action said children under the age of 18 were strip searched at Splendour in the Grass, with some incidents involving officers asking people to strip naked and “squat and cough.”

“Strip searches are highly invasive procedures and the law prescribes a very strict test for when they are lawful. The circumstances have to be very serious and urgent in order for a strip search to be justified,” Alexis Goodstone, principal solicitor at Redfern Legal Centre told Hack.

“We know from the Law Enforcement Conduct Commission, that strip searches in the context of music festivals, for reasonable suspicion of drug possession alone, are not likely to be lawful and yet we know that at Splendour that was the basis for most of the searches that were going on.”

A spokesperson for NSW Police provided a statement about the issue, explaining how their officers determine if a strip search is required.

“The test on whether a search was conducted lawfully is ultimately a matter for the Court,” the statement said. “Police are required to suspect on reasonable grounds that the circumstances are serious and urgent when determining whether a strip search is necessary. When making that determination, police will consider all of the available information, including the risk of someone overdosing or dying.”

Slater and Gordon is asking people to register on its website if they were strip searched at Splendour in the Grass from 2016 onwards. 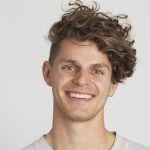