With talent, looks, ambition and connections, an artist can go a long way. That special brew has taken The Faim to Los Angeles and, perhaps, the international rock world beckons.

It’s early days for the Aussie pop-punk band, who’ve quietly assembled the machinery for a big haul. The talent earned the four-piece from Western Australia the support of a top shelf U.S. producer, John Feldmann. The ambition has landed an international deal with BMG. And the connections put the youngsters in the studio with the Pete Wentz and many other legends of rock, and snagged them a foothold in the L.A. music community.

Before all of this, the Faim was just a bunch of friends from Perth –Josh Raven (lead vocals), Michael Bono (lead guitar, bass and vocals), Stephen Beerkens (bass and keyboard) and Sean Tighe (drums and percussion). The group came together in 2014 while still in high school. They built their repertoire and played shows. And they aimed high.

In 2017, armed with a demo and some desktop research, the group reached out to Feldmann, the L.A.-based producer and songwriter behind hits by Blink 182, The Used, All Time Low, 5 Seconds of Summer and many more harder-edged bands. Feldmann liked what he heard. He wanted more, and got it. 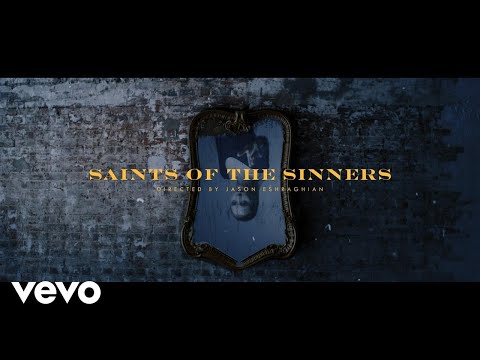 The refrain sums up The Faim’s ambitions: “We’re coming for you”

“I gave them some guidelines. Everything I suggested they did, overnight,” recounts Feldmann. “I’d go to bed and the next day I’d wake up with a whole new song they’d written.” Feldmann was interested. He hooked up a Facetime call and was pleased with what he saw.

“I could tell no one was smoking crack,” he says with a laugh. “They were all handsome young teenage boys, who don’t sound like anyone else. Their energy was great, I could tell they respected me. If you want to get into the music business you don’t do it to get rich. Not anymore. Maybe in the ‘70s they did. You can’t really do it for the money, you’ve gotta do it for the love of music. I could tell they were real people who really loved their music.”

If you want to get into the music business you don’t do it to get rich. Not anymore. I could tell they were real people who really loved their music

The band accepted an invitation to L.A., where they made music with Feldmann and his powerful friends and scored the insider’s tour of Tinseltown. The songs poured out and BMG signed them up. “It all happened pretty quick,” recalls Feldmann, who has a production deal with the group. “I really bonded with these guys.”

Feldmann made some calls. Pete Wentz of Fall Out Boy came by the studio and co-wrote the debut Faim single, ‘Saints Of The Sinners’, which arrived Feb 6. Chris Cheney from the Living End wrote a song with his new proteges, and 5SOS drummer Ashton Irwin penned the next single.

Australia’s isolation is “a positive thing,” says Feldmann, who reels off the names of Amity Affliction and Dune Rats. “I meet a lot of artists from Los Angeles and they have fathers who are lawyers or whatever who’ve worked in the business their whole lives. It becomes more about the business than about the music. When you create music, there’s a power like magic. You don’t really know where the melodies come from. Being from Perth is the best thing, man.”

Being from Perth is the best thing, man

The Faim visited L.A. for the first time and met their heroes. But they weren’t tourists; they came to work. That refreshing, can-do attitude opened doors. The band is a priority for BMG’s U.S. team and, not surprisingly, the music company’s domestic team is fully engaged to play a role in breaking the band in their home territory, explains Sydney-based BMG Australia Managing Director Heath Johns.

All the moving parts are in place. BMG Australia has engaged the team from Six Boroughs Media and the music firm’s new streaming manager Bridie McGuire has helped deliver a big opening week across the DSPs. BMG’s senior recorded music manager Craig Redfearn has played a key role in setting up the band in these parts. The Faim is managed by Rob Nassif, whose charges Gyroscope snagged No. 1 on the ARIA Albums Chart with 2008’s Breed Obsession.

“The key with this band will be to build it strategically and optimise streaming and radio wins alongside what looks like a very impressive international touring plot,” notes Johns. “At their core The Faim is a rock band and I’m wholeheartedly supportive of the band slugging it out on the road over the next year.”

I have to do stuff I love and feel passionate about. And I love the Faim

Next month, the Faim will make the big move to L.A. to branch out their touring and establish themselves as a rock outfit. They’ll take their live show across the globe with a tour traversing the U.S., Britain and Australasia across 10 weeks from March. Their itinerary includes a set at the U.K.’s Download Festival and they’ll make a swing through Australia in a support role with American rockers Sleeping With Sirens. An EP is tentatively set for release sometime this year. And plans are to release an album in 2018, explains Feldmann.

“I’m 50. I’m not doing music I don’t love anymore,” says Feldmann. “I listen to everything. My music of choice is melodic. I love Ed Sheeran, Taylor Swift, Imagine Dragons. I just like good songs and that’s what I try to focus on with the Faim.

“Nobody has a blueprint for what tomorrow looks like. It just takes one thing to go viral, one kid to say this is cool and it changes everything. I haven’t lost that passion for the magic yet. I have to do stuff I love and feel passionate about. And I love the Faim.”