“You never stop learning,” reckons award-winning producer Greg Haver. “There is not a day when I go into a studio where I don’t learn something new and cool to do.”

And the Welsh-born, New Zealand-based studio wizard hopes that young Kiwi producers and engineers will discover the same thing at the third New Zealand Music Producer Series (NZMPS), which is part of the newly inaugurated series of events leading up to the Vodafone New Zealand Music Awards.

The programme runs from October 30 to November 10 and will see local producers and engineers working with three leading international experts at Auckland’s Roundhead Studios.

Haver – who is best known work for his work with the Manic Street Preachers, but who has produced a diverse roster of artists over his 30-plus year career – began the programme at the beginning of 2017 and with the support of industry organisations such as Recorded Music New Zealand, APRA AMCOS and SAE New Zealand, the second event was held in October. 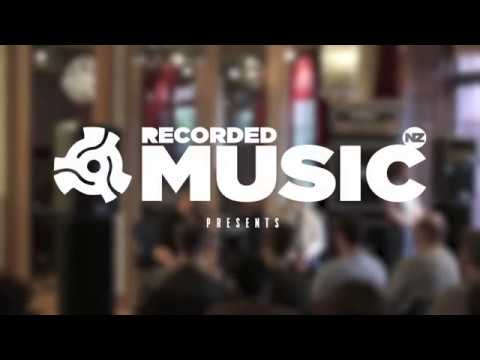 He is pleased that event is set to become an annual fixture in the run-up to the awards and believes NZ producers and engineers will learn a lot from this year’s guest line-up.

“Clint was on my first session when I first came to New Zealand,” he adds. “I started taking him back to the UK to work with me because he was so good and we’ve made lots of records together over the last 15 years.

“Myself and Gil’s paths have crossed over the years – he will have done a record with an artist and I may have done the next one, or vice versa – but we have actually never met. We have been aware of each other for years, so it’s going to be interesting to work with him.

“And Sylvia is such an industry legend… she had heard about the producer series, and got in touch with me earlier in the year. I told her that there would be a lot of producers here who would be really keen to be in a room with her and work on recordings. So we’ve got a great selection of producers.”

Norton and Murphy will be hosting the first four-day production workshop from October 31 to November 3, with Massy taking the reins for the second, which will run November 7-10.

Both workshops will include a public session where the audience will get the chance to ask questions of the guest panel, but Haver says the producing sessions are specifically aimed at working professionals.

For each of the workshops, the guests will work with a New Zealand band to record one of their songs with: the first three days will be devoted to the recording of the track, with the final session devoted to mixing.

As well as the technical side of studio work, he says the workshops also provide an excellent networking opportunity for New Zealand producers and engineers, both within this country and overseas. He cites the case of a young New Zealand producer, who recently landed a job in a leading London studio on the recommendation of UK producer Dave Eringa, who took part in the first NZ Music Producer Series.

According to Haver, New Zealand already has some excellent producers and engineers, so the programme is really about adding an extra level of skills to their skills

The Welsh producer first came to New Zealand in 2003 and fell in love with the country. He returned in subsequent years to produce records for the likes of The Feelers and Opshop, before settling permanently in New Zealand five years ago.

Although based in NZ these days, he still likes to head overseas two or three times a year to work on projects – “it keeps me on my toes,” he laughs.

However, he admits he has always been surprised that the NZ and Australian studio businesses remain quite separate.

“One of the first things that struck me when I first came to NZ was there wasn’t much cross pollination,” Haver says. “With some of the APRA programmes there is.

“I have been curating SongHub events for the last three years and we did a trans-Tasman one which was interesting. But I think a lot of NZ artists who want to go overseas tend to look to the US or the UK for producers rather than Australia.”